Hi Everybody. This is my first post in this community, but hopefully not to be the last! There's some absolutely amazing stuff in here, so I apologize for the quality of some of these shots. If I had the chance to go back and try again with my extra experience and better camera I would :)

On to the pictures. These are of an 'abandonded' grange hall in a small-town in upstate new york, the name of which escapes me at the moment. They were taken in May of 2006. My boyfriend was hunting for a place to build a studio (he's an artist) and this place was up for sale and extremely cheap (you'll see why in a second) So we got to tour through the place with an agent. 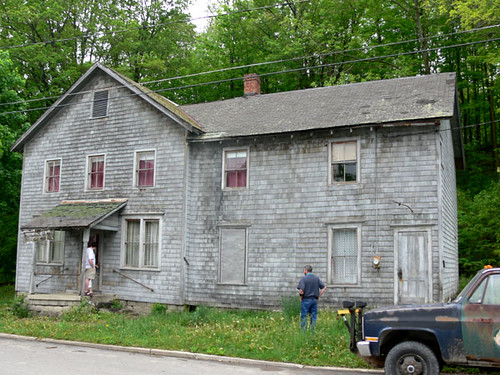 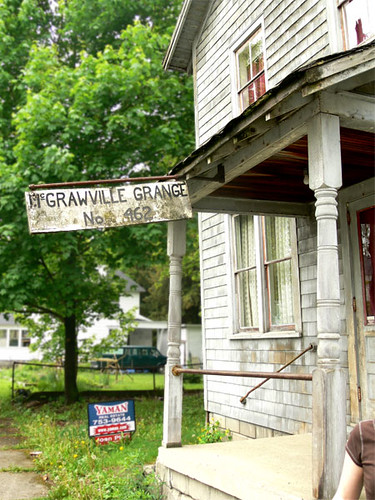 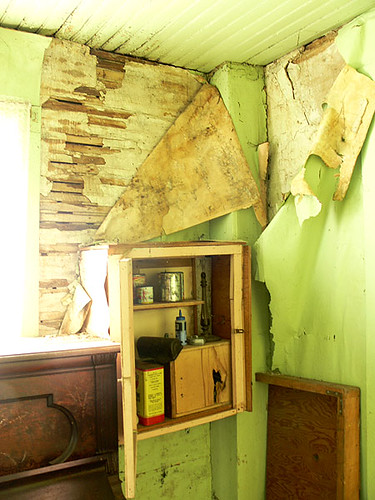 This is on the first floor, in the right wing. As is the totally gross toilet in the next picture. 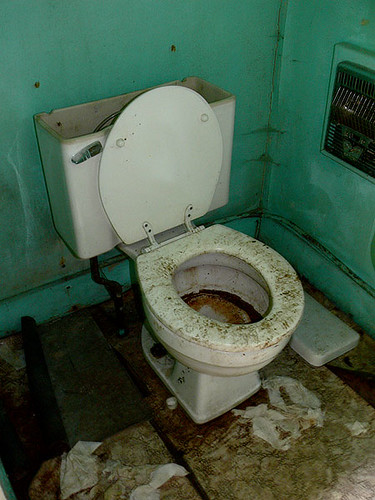 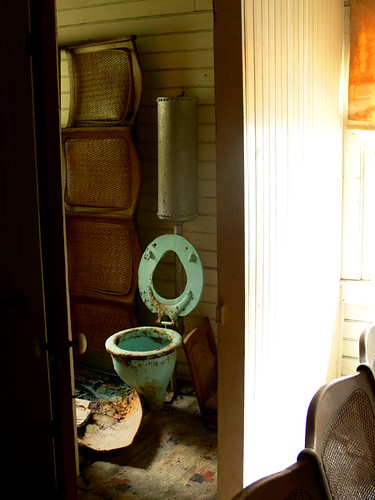 Up on the second floor, just above the room in the picture with the cabinet 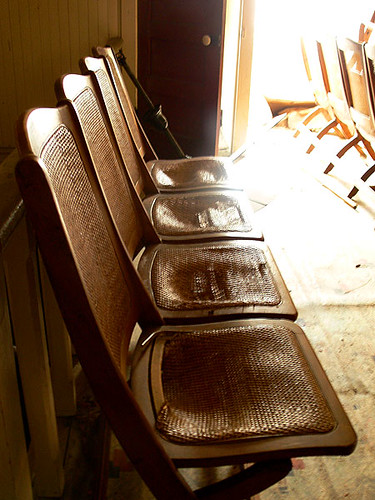 The hallway just outside that upstairs bathroom 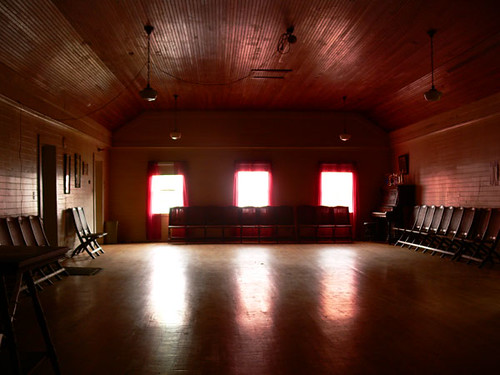 This was a huge hall on the second floor.. probably the best condition of the whole place. I think we were told that the community still used this one up til somewhat frequently, but I'm not sure how the could've actually gotten up there without going through the wreckage of the rest of the building 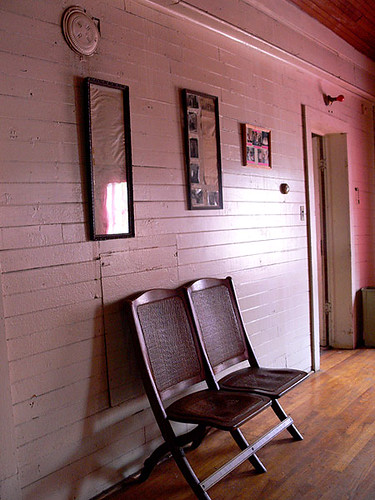 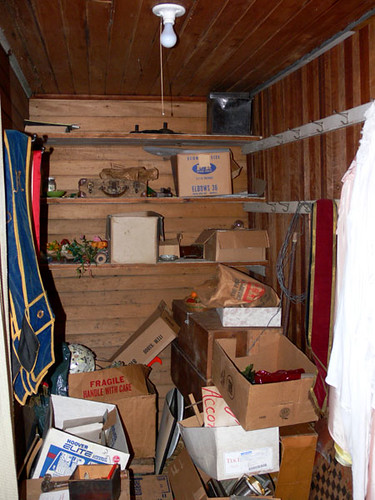 Back over to the crappy side, this room still had a bunch of the Grange stuff in it.. including sashes and nifty staffs. Which I was unable to convince my boyfriend we should "borrow"

Speaking of which, here's some of the stuff, and my dorky boyfriend. the picture amuses me (and yes, we know the sash dohicky is on backwards) 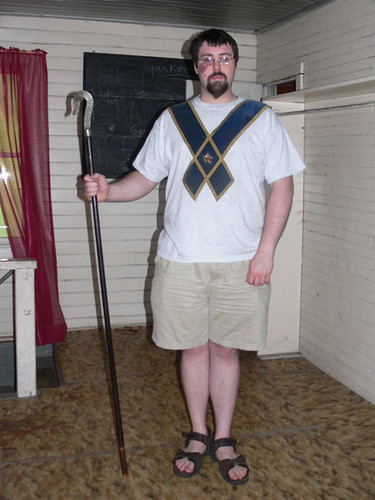 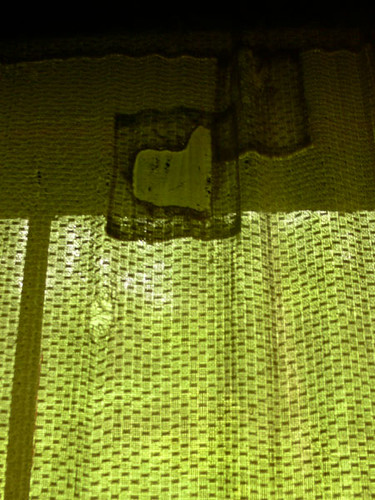 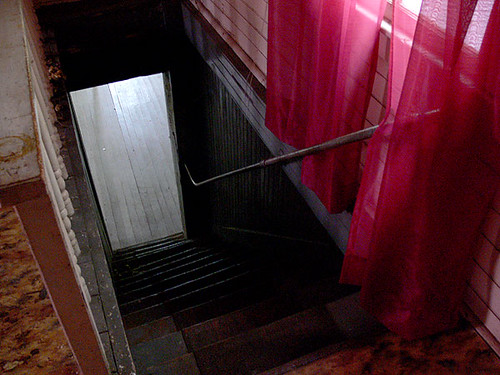 and back downstairs we go 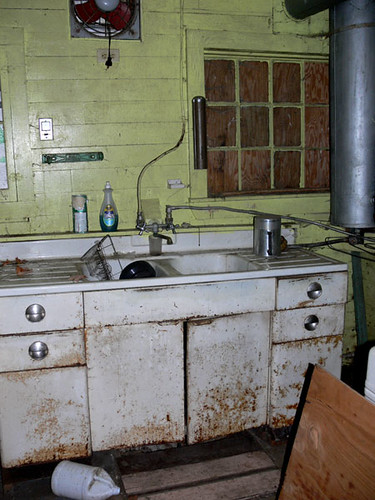 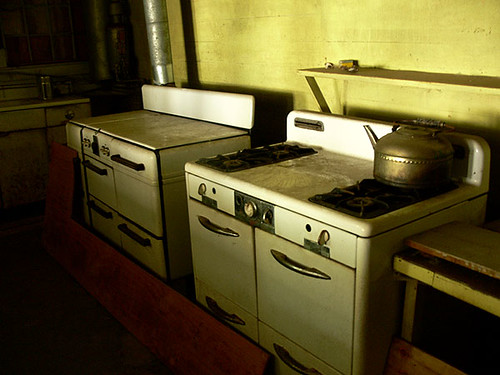 The kitchen, just below the hall upstairs 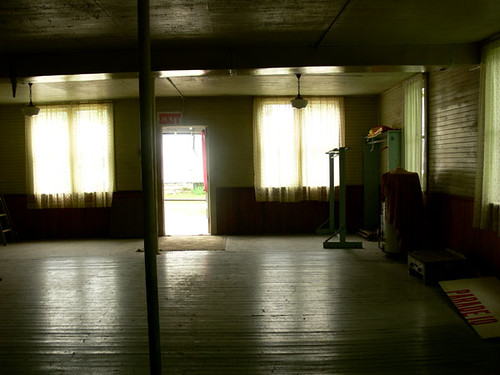 The main room and front door 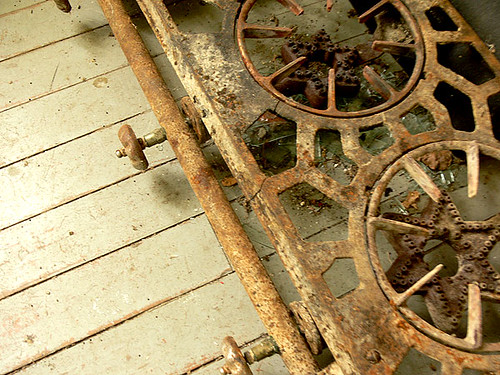