a drive in some place in MA

In Part I of this series, we took a photographic tour around the exterior the Hotel's sides and front.  We ended this tour at the rear where the porch has collapsed by the river.  In an attempt to keep your mental image of the property in sync with the photographs, here's my super-technical diagram once more.

The red line indicates the path taken in Part I and the red "X" roughly marks the spot where the last photo was taken, facing the side of the hotel.  The photos in this entry will be about the section of the property at the rear of the hotel, at the ends of the "E" branches: the pump house, the pool, and the interior of both bath houses.

Of the structures on the property, the pump house is probably in the best shape.  The corrugated tin which covers it appears to have a fairly fresh coat of paint and there is also a shiny padlock assembly on it.  The only conclusions I have for this is that it probably contained electrical pumping equipment, possibly for agricultural purposes, for sometime after the property lay dormant and its owners didn't want anyone stealing it.

There was no padlock on it any more, though.  I opened the door and took a peek inside.  All that was left was the pipe which ran into the cistern and some sort of pulley, probably a manual pump for priming the electric one.  Behind the pulley was the platform where the pump probably sat, judging from the water stains on the wall. i've gone to danvers state insane asylum twice. i have some pictures from the second time i went on photobucket. also pictures of an abandoned mill in lowell, ma and a bowling alley in lawrence, ma. the danvers pics are from last september and the mill and bowling alley ones are from a few months ago. i need to go take more pictures. a bunch of these wouldve been good pics if they werent blurry but my camera sucks and i didnt have a tripod. i have more of danvers somewhere, but i dont know. im being lazy. 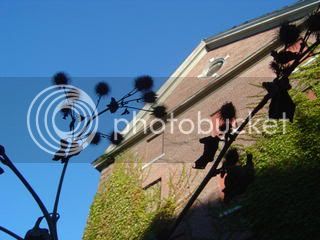