Last night a few friends and I snuck into an abandoned building around UCONN buildings. We guessed that it was some sort of insane asylum//mental retardation facility because of the style of the building and such. Paint was peeling off of the walls, there was a terrible smell in the air, and there were asbestos warnings on some of the walls of the basement. At one point in the attic, we found a child's toy with the head cut off and put to the side of the toy. It was probably the creepiest thing I have ever seen in my life. After a lot of searching, I think I'm pretty sure that this was the "Mansfield Training School" for the mentally retarded that we were in. I was wondering if any of you guys had pictures of this place so I could see if this truly was where we were. If you do and you comment with them, I'd appreciate it more than anythign! Thank you♥ 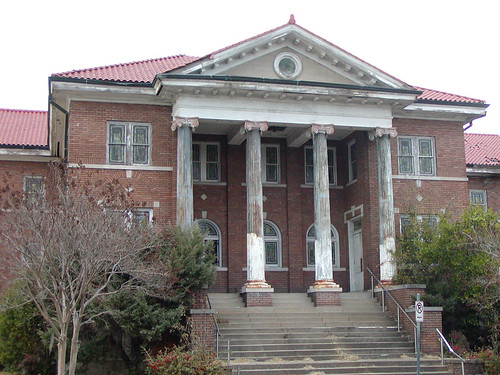 DO NOT GO TO MY LJ!
If you do not want to see amazing adventure photography.