These were taken on the banks of the Hudson River in an area that used to be a fishing village. Prior to the construction of the George Washington Bridge people would take the ferry over from New York City to use the river's beaches. Once the bridge was constructed and pollution was far more apparent the beach population decreased and the area deserted. I was hiking by the river after checking out an abandoned picnic area and went off trail to view the beaches and came across the ruins of the UnderCliff Bathhouse. The area is well maintained as you can tell from the grass but I don't think many people aside from hikers are aware of it's existance since I found very little information on the area aside from what was briefly mentioned on NJPalisades.org. I was suprised by the lack of evidence of graffiti/cult gathering/ satan worshipping/ whatever it is that Jersey kids like to do in abandoned areas. 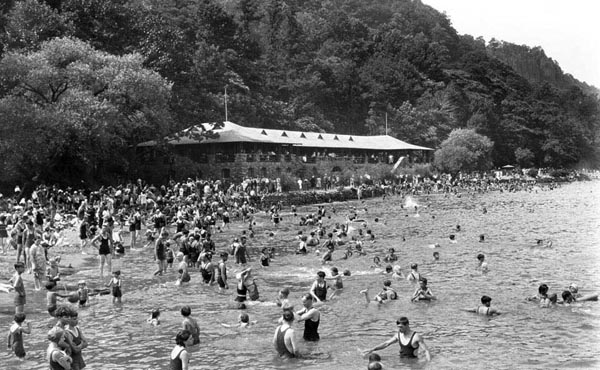 Undercliff Beach circa 1932. it was constructed in 1922. Taken from NJPalisades.Org

Palisades was home to many wealthy estates and the ruins are buried under all the foliage in the summer. I'm hoping to make some discoveries while hiking through there in the fall and winter and conquer the poison ivy that runs rampant.

Recon: The Kirkbride that Almost Killed Me
A solo kirkbride assault. The mission that has marked a new peak in my urbex career.
For those of you that don't know what a kirkbride is http://www.kirkbridebuildings.com/

Beome part the team at my LJ


Explore this Kirkbride in my LJ

I stumbled upon this burned down abandoned house while driving around. 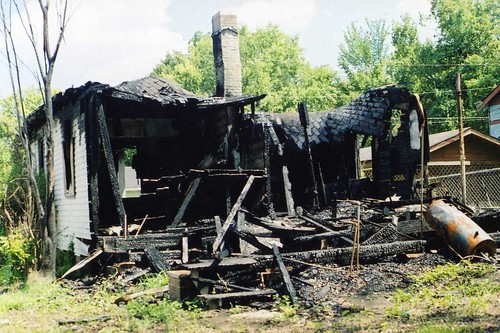