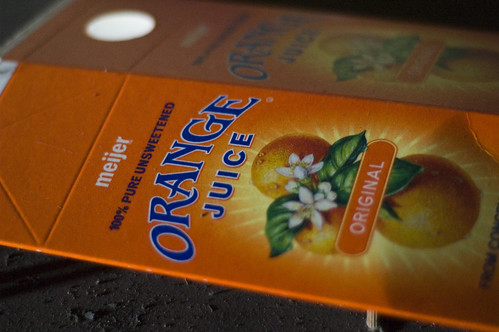 In case you don't remember from last weekend, Mudcura Sanitarium (aka "Hell House") was originally a place where folks with rheumatoid arthritis would go for the "healing powers" of the mud from nearby sulphur springs. It was opened in 1909. In the 50's it was turned into a seminary, and was abandoned in about 1970. It burned down in November of 1997. Here are the interiors I took in 1996 during the 2 or 3 times I went there. I regret not taking a lot more, so these are only brief hints as to what the place looked like inside. One of the rooms along the courtyard.

I don't know anything about its history except that it's been boarded up for almost as long as I can remember, since the 80s at least....I'm pretty sure.
It's in a field behind a bakery on Main Street.
Someone tore off the front door not long ago, so I brought my camera and explored on a couple occasions.
The inside is pretty clean other than some old dusty webs here and there, whoever tore the door off probably looted a bit.
( Collapse )

In late spring/early summer last year when walking around in Stockholm, Sweden (I'm swedish) I had the luck to stumble upon an abandoned factory building about to be demolished. Even luckier I happened to have my digital camera with me.

The whole building was behind this fence and I debated for a long time with myself if I should enter or not. I went around the entire building and found a perfect spot to climb in and decided to go exploring.

For a long time I've wanted to do some Urban Exploring but as a serious procrastinator I've never really bothered trying. This is pretty much my first and only abandoned building I've been to.

I ended up spending several hours there taking a couple of hundred photos.

Alot of the building was underground where there were no light or windows whatsoever. I had to take pictures and look at them on the cameras display to be able to see where I was going most of the time. (as this excursion wasn't planned I didn't have any equipment like flashlights etc)

I returned the following weekend and they had already demolished half of what had been there when I was there. I doubt there's any trace of this building left now. 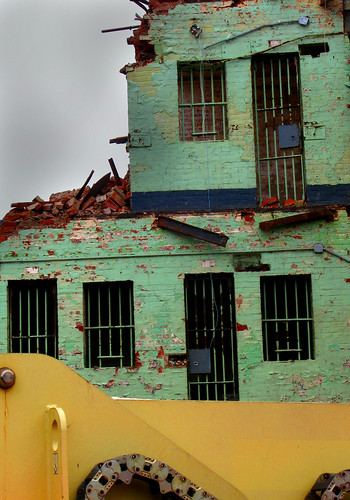 I'll have more later because i took them with my 35mm :)