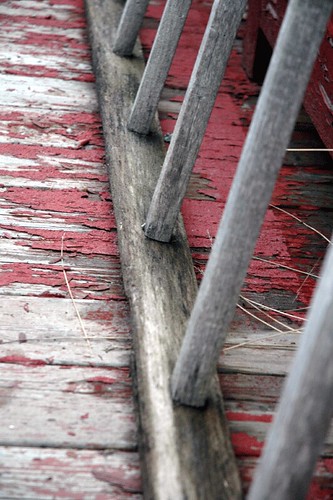 In a slap at artists, musicians, photographers, animators and short film makers; the US Copyright Office and Congress is under pressure to enact legislation to force creators to register their art in public and private databases. The article from Animation World Magazine discussed in depth the level this would affect ALL folks who previously would be covered under the Creative Commons Copyright, the Digital Copyright Act of 1998 and the International Convention for Creative Use. It would effectively allow organizations like Corbis and such to legally steal creative work. Read the article below and consider this issue carefully. This could be a disaster.

Why post this here? Every photo posted in this forum is considered copyright protected either directly or by assignation (implied copyright). No-one can use your images commercially unless you say so. This would allow the big stock image companies to come and take what they wanted if you didn't register each and every individual work you've posted ANYWHERE on line.

EDIT: Alright guys, the article is replete with inaccurate info. I admit I didn't get the chance to do my normal level of thorough research as I was rushing out the door to take care of something urgent. This was pointed out to me via several better trusted sources. I come back after being out much of today and (A) discover the author of the referenced article is a complete douche, but that (B) half the folks responding to this info being put out there, equally acted like douches towards me by posting it. Vent as much as you want, but do so towards the author of the orignal article.

Well, thanks to this community, I remembered a burned down ruin near the place where I live. This house burned some years ago, and now, nature strikes back. I don't know, why the ruin still exists but it's a nice place to explore and fairly easy to reach.

Unfortunately, the inside has collapsed completly and it's far to dangerous to get in the house... well, maybe I risk it sometime ^_^
The ruin lies near Stuttgart in Germany.

A while back (is there a way to search within this group?) someone posted great shots of an abandoned motel in Milford, NE. As it turns out, I was driving past and decided to stop. 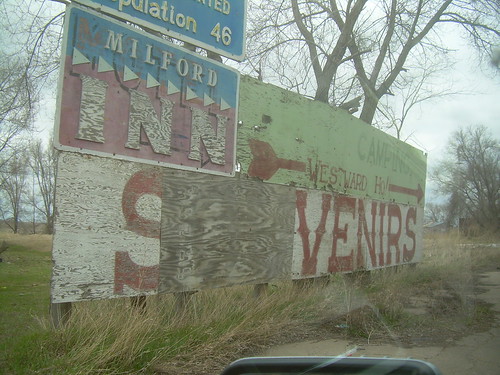 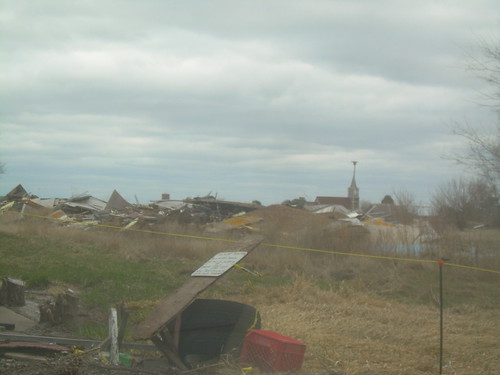 It has mostly been razed (you can see the ( Collapse ) visible from the interstate, in the far backrgound.)

Pretty soon the owner came out. He didn't have a shotgun or look too insane, so I put my window down and spoke to him rather than take off*.

I told him how I had heard of his place on the internet. He got mad and said, "No place is abandoned -- even if no one lives there, someone in the world owns everything. That's just an excuse for people to come around where they shouldn't."

Now I recall the person who photographed Milford had a completely different experience, that there were several relatives who were very nice and let them in to look around.

He said he had a lot of trouble keeping people out.

*It turns out there was only one way out. Although it appeared to be a circular drive leading to a large parking lot filled with all kinds of crazy metal and material, everything was blocked off. 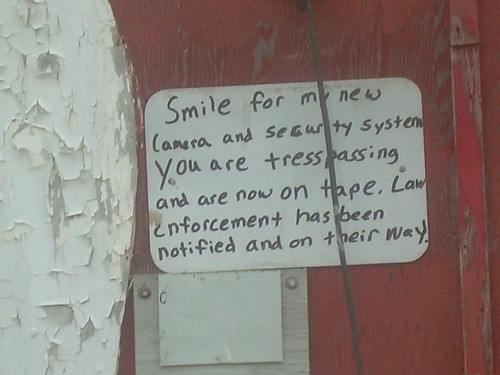