These were in a town named Velizh, about 100 km north of Smolensk I thought it was about time to pass the word that I have not fallen off the edge of the world and I shall have photos to post soon. That being said, I wanted to offer some site updates and the transient nature of some of the sites we hold dear. Prior to departing for northern Alabama, I’d planned to write an update on some locations I’ve explored either solo or with companions. Rather than consider it a post-script on my activities in southern California, I look at it was a review.

Originally, I’d planned to make this a in multiple updates on old sites, but in review, I’ll merely hide the stories and photos behind a cut. Subjects covered: the Quartz Hill Golf Shop, the “Special House” in Bakersfield, the various Felicia sites, the Hawes Communications Bunker, and various Route 66 sites including The Greystone Café. All posts (references) are to my personal journal, mainly because I’m too lazy to pull of the same post I made to the community. 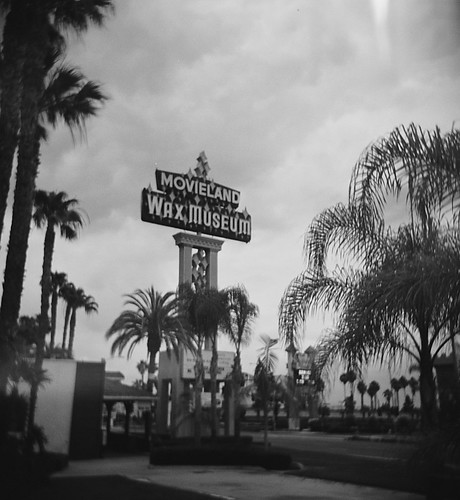 Movieland was the largest wax museum in the United States. Located in California, it was one of the most popular wax museums in United States for decades. Allen Parkinson founded the museum on May 4, 1962 on October 31, 2005, after forty-three years in business and 10 million visitors, Movieland closed.

They put a StarBucks right in front of the giant empty building.  Someone said they are turning the old big building into a BestBuy.  I hope they dont take down the sign.
Collapse