i thought y'all might like some of my spookier abandoned places photos! they are from various sites, but all share that eerie/disturbing/beautiful quality that i love so much.

this was found in an old smorgasbord restaurant off the highway, which someone had stored carnival equipment in. 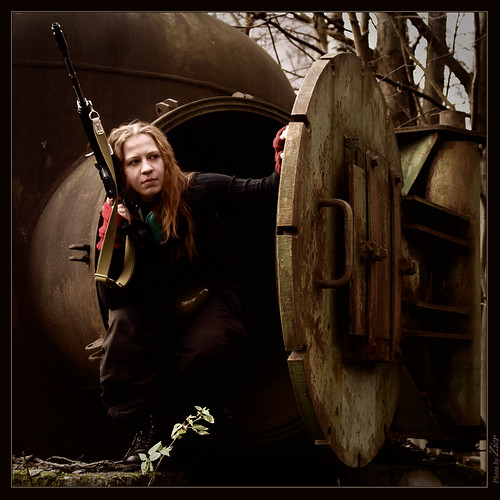 The place is located some 40-50 miles from Moscow.
Sometimes I'm not satisfied with just taking pictures of interesting places - there should be some story behind, some action..

I'm going to be in Havana, Cuba for 8 days over New Year's. I'm traveling with a license through my former community college; the same program I joined in a trip to Havana in 2002. The last time I went I was a young, naive photography newbie (I hadn't even discovered my love of large format yet) and went more for what I thought would be a once-in-a-lifetime opportunity than for the photo-op. Basically, I drank more rum and did more dancing than I shot film. Now that I've been given a second chance at exploring such a beautiful country and I'm in a better mind set, I'm trying to go with more direction.

I've narrowed my focus to three main areas: pre-1959 American cars (from the eye of a classic car owner/enthusiast, not your average everyday photographer), mid-century-modern architecture/design and of course, "abandoned places". The first two I've had a good amount of luck in researching. The third brings me here...

I'm planning on shooting at the Casa La Guarida, but if I remember correctly, it's not exactly "abandoned", just a bit neglected and in need of repair (but so is most of Cuba, and that's its charm). I'm pretty certain I encountered an abandoned fire station somewhere in Central Havana, but not sure of its exact whereabouts. I've also heard rumor of a vacant Bacardi rum factory somewhere in the city.

Has anyone here been to Havana? Have any locations I should keep in mind? Have you had any trouble finding abandoned places to shoot in Cuba? Any trouble with locals while exploring?

ANY help is most appreciated. I will be sure to share my findings when I return...
Collapse