Well it is a lot of to speak then there is especially nothing.

When Ray Mortenson first started taking his cameras through the most wasted of the wastelands that made up parts of the South Bronx in the early 1980s, he devised a helpful subway mantra: Take the 5, stay alive. Take the 4, dead for sure.

This was only because the No. 5 line led through a handful of neighborhoods — East Tremont, Mott Haven, Morrisania — that had been so gutted and burned out during the 1970s that whole blocks were almost completely abandoned, meaning fewer chances of stumbling into a mugger or drug deal.

I swear, though this guy is 24 years my senior and alive, I have been channeling him. Back in the late 80's-early 90's I began to shoot the abandoned places near me. Much of the way he feels and the approach he has taken are mine as well. I plan on taking a trip to the museum to see more of his work. Good stuff.
Hamilton's Last Fortress. The former Consumer's Glass plant in Hamilton. This place is huge, you can spend easily hours there without seeing it all. Probably the drawing points are the main factory and the movie set in the basement (makes it look like a military base.) It's been used in the movie's The Incredible Hulk and Max Payne. 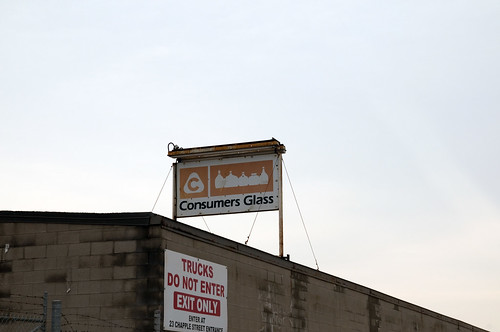