Driving along the I-390 in the summer you can see it's red brick against the green of the Dansville hillside. It's harder in the fall. I went here for the first time in November 2007 then again in July 2007. It never ceases to amaze me.

The property has access to natural hot springs which made it perfect for a health spa so in 1854 the Jackson Sanatorium opened its doors. But in 1882 the main building was destroyed by fire, so the new building was completed in 1882 (the building that currently stands on the Dansville Hillside)

The Sanatorium was dubbed "The Castle on the Hill"

By 1914 Jackson was bankrupt and bought out by the Government which used it to house returning soldiers from the 1st World War.

This continued until 1929 when the orignal Health Nut Bernarr MacFadden purchased the property to turn it into the Bernarr MacFadden Physical Culture Hotel. The spa offered various treatments, rest, and relaxation.

After MacFadden's death in 1955 the property was purchased by a Hotel Man from New York, who proceeded to drive it into the ground with the doors closing forever in 1971. 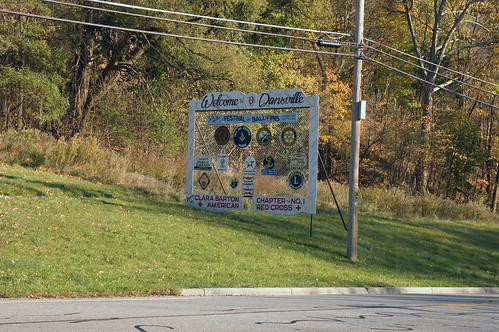 If there's anyone here who lives in the central Mississippi area who would like a partner to go exploring with, please let me know. I'd love to have someone to go with. Thanks.

Finally hit up a new spot for the first time in a while. We didn't know what to expect from here really. I heard it was badly trashed but a lot of places are and still seem interesting. We had to climb a hill and walk through a bamboo forest to get around the back of the place because there is a police trailer on the front lawn that watches this place for whatever reason. Seemed like they did a good job of boarding up all the walls in the back so we ended up having to climb up the wall to get in. I bought a rope just for such situations to pull up equipment with but of course I didn't bring it. So we climb up to a low roof and in through a window. Like 30 seconds after we get in I hear someone coming towards us. Out of the shadows comes this Mexican dude holding some bolt cutters. He asked me a question but I didn't really understand him. I thought maybe he worked there and was cleaning up. But bolt cutters are usually sign of a scrapper or someone like that. I told him we were just here for pictures and we wandered off. Never did see him again.

I also took some video of this place in the basement because it was too dark for pictures. I'm going to start taking more videos of these places to give a more first person view of exploring...