"On 24 August 1967, The Beatles met the Maharishi Mahesh Yogi at the London Hilton. A few days later they went to Bangor, in North Wales, to attend a weekend 'initiation' conference. There, the Maharishi gave each of them a mantra.

The group spent the early part of 1968 in Rishikesh, Uttar Pradesh, India, studying transcendental meditation with the Maharishi Mahesh Yogi. Their time at the Maharishi's ashram was highly productive from a musical standpoint, as many of the songs that would later be recorded for their next two albums were composed there by Lennon, McCartney, and Harrison."

Fast forward 40 years to summer 2008. My friend and I, whilst travelling Northern India, find ourselves in the town close to where the Beatles stayed. We decide to take a visit to where the now-abandoned ashram sits, slowly being consumed by the surrounding forest.

The place has yet to become a tourist trap, and is guarded by an enterprising local man with a padlock, who allows you to enter for a 50 rupee fee. Inside lies abandoned mediation rooms, conference halls, a kitchen, offices, and bizarre mediation pods (including the ones where each of the Beatles stayed - we drank a beer on the roof of John's pod, number 9). There were cows walking around, and monkeys in amongst the trees. On top of one of the newer accommodation blocks were these strange domed water towers. We climbed up to the roof, drank a few beers and watched the sun set over the nearby Ganges.

This place will soon either be consumed completely by the forest, be demolished, or will become a tourist trap and the tranquil deserted atmosphere we experienced that day will be lost forever.

Truly one of my greatest experiences. Long live abandoned places.

More photographs from the trip.

Okay, so I won't be able to sleep unless I get this right! Let's try again....

I used to pass this house everyday on my way to school, work and shopping since I was eight. Finally this past spring I decided to do some exploring.

(ETA) History: This house is north of Pittsburgh in the suburbs, which makes the house all the more a rare site to see. I loved this house a grand deal even before I went into it. I don't know anything about the previous owners. After this set was taken, a group of high schoolers tried to burn the place down and were caught by the police in the middle of their vandalism. They were caught two more times after that. I plan on taking pictures again before I go back to school.

Abandoned about 20 years ago, give or take. Amazing place with tons of natural lighting.

The day before yesterday I and my friend

tcherdak went to a small industrial town to the East from Moscow to climb a 210m tower. We reached only 80m because of dark and cold (-15c). Here I placed some photos.
( Collapse )

Hi, this is my very first post here, my little contribution to the great comminity I've recently discovered and enjoyed :)
This set is made in Moscow, Russia, where I live. But the place itself is nearly outside the city and many people even do not know it exists.

The Bratzevo estate (nothing to do with Bratz, but with Russian word "bratez" = "little brother") was once owned by the aristocratic family and was a nice country home with a large park territory around it. Now the house that changed its owners after the Revolution 1917  is still there and still in use. In Soviet times there was some kind of rehab for military veterans, and now I guess there's a little sanitarium or hotel. But in the park there is another building with much worse fate. This little rotunda seems to be very neglected although I just don't understand why the present owners of the main house can't preserve it in a better condition. 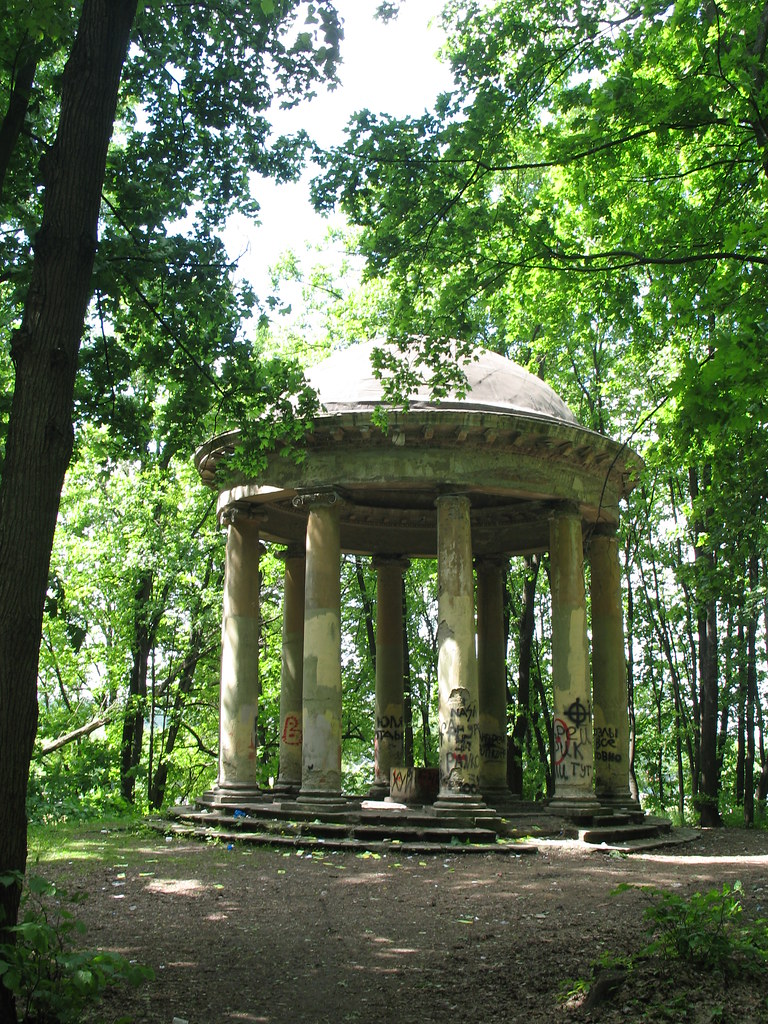 I'm so excited to have found this group! And nice to see it so active! I am originally from Boston and got into this back east. I moved to Seattle almost 2 years ago and have done some minimal trips, but not really...primarily because I do not know the area. I will put some photos up from Northern State Hospital in Seedro Wooley, WA (which is supposedly reportedly very haunted...it's creepy at least!), the town of Franklin (which is an abandonded Mining town out by Maple Valley/Black Diamond and legit to visit), and some great shots of graveyards out in MA/NH. I also have lots of stuff to put up from my drive across the country when I moved here, and tons of stuff from South Dakota...wow, so many abandonded towns out there!

Anyway, I was wondering if there were some folks in the Seattle area (and I am willing to travel) who could refer me to some spots to check out where I am still not very familiar with the area. I would be willing to team up and do group trips too.

Please feel free to email me offline, I don't want to get anyone in trouble by telling me some prized spots that they have enjoyed going to. I can't wait!

This is NOT my work, and I didn't take the picture, but you can read more about the lighthouses and their history by clicking the link connected to the picture. I just saw this on another listing and thought it was perfect to share here.
Short explanation, a series of lighthouses along the Arctic Circle were set up to run autonomously by the USSR, which often included nuclear power (after all, trying to staff the locations when they're hundreds of miles away from civilization was impossible). Now they've been abandoned and ransacked by thieves, leaving some of them radioactive.

All this activity has inspired me- a long time lurker- to post. Greetings and salutations! Just found this community through a link on another board I frequent.

I'm a lifelong Houstonian and am fascinated by the healthy number of abandoned buildings this city has. One in particular - the Savoy, 1616 Main downtown - exerts a weird pull on my brain. I would LOVE to get in, but I am led to understand the floors are rotted out and the asbestos flutters freely. (Besides, the exterior is cracking so badly, the thing's gonna come down of its own accord pretty soon.)

Wondering if there are any other H-town denizens hereabouts, and if so, where you've been and what you saw!

For those of you not satisfied with the degree of "abandonedness" in my previous post. This is a gas station that my friend Liz and I stopped at one day. I think gas stations are one of my favorite abandoned places. They're interesting, but not always creepy. This one is literally a hop skip and a jump away from a huuuuuge brand new mega gas station, very near old Rt. 17 (new Rt. 86). I'm amazed it hasn't been demolished just for the sake or erasing it from the side of the road. We ventured inside, but found nothing of interest other than some really old porn, which was too decayed to get a good shot of. Evidently the employees had some time on their hands. Ha. Anyway....

abandoned mines and some art

Ruins of a castle in Germany... U can still feel the spirit of the medieval age... Halfway up Mt. Snowdon - where the miners used to keep supplies

Uhm...well hello there...surprised I didn't find you guys earlier. Splendiferous pictures and sources you've all got. Anway...I'm originally from DC, live in Pittsburgh for college and the like. There are several abandoned places I would love to frequent (soon hopefully).

This site may have been posted...but I stumbled on this years and years ago. ItIt really got me into the whole abandoned buildings thing.

This was an abandoned motel that I explored with

alexph34r  earlier this summer.
It was really interesting, and here are some of my favorite pictures that I took.
There was an old house behind it, but I didn't take pictures inside, for some reason.
I can link to photobucket or something if anybody really wants to see these big.
Five or six under the cut.

Maybe something like this was posted here before, but...again some Highgate cemetery in London.
I have visited only its East part, where Karl Marx is buried. His grave and other famous memorials are well preserved, but the most part of this old Victorian cemetery looks different. See how it is. 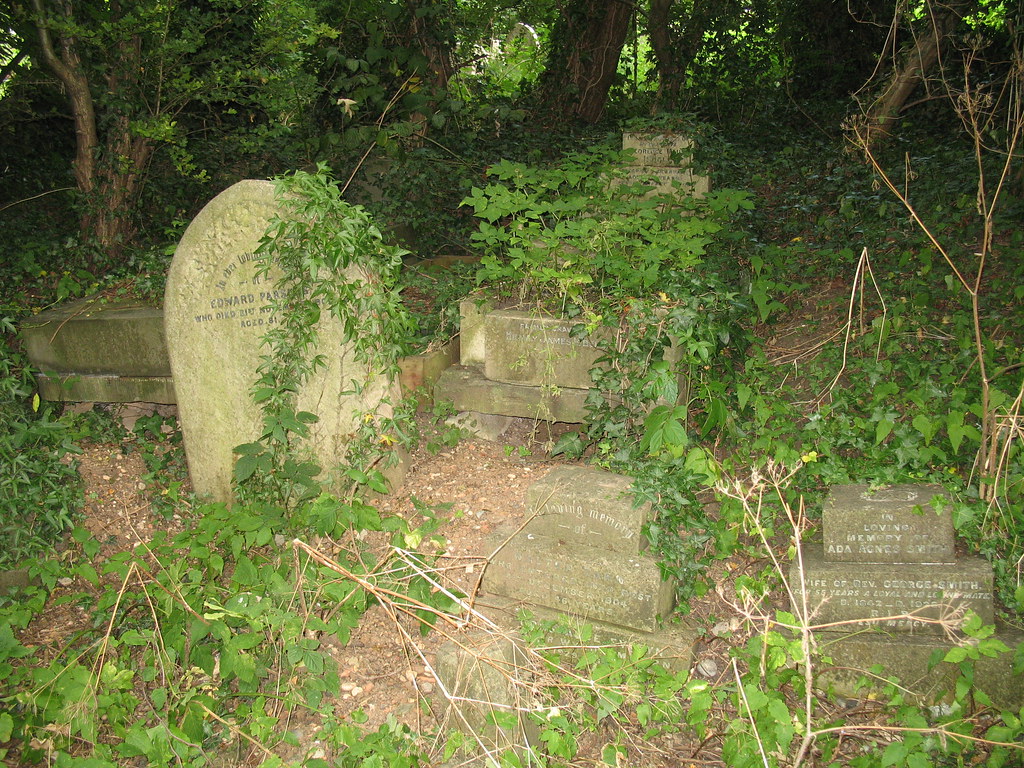 All found in South Western Indiana. 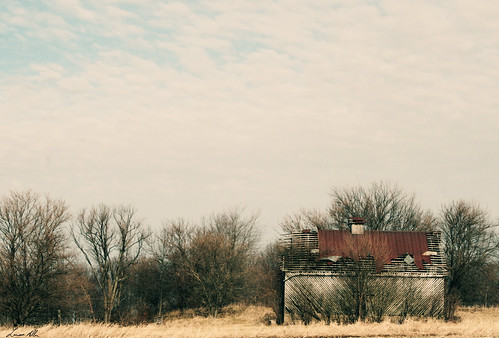 firstly, I should probably apologise for the crappy quality and composition of these photos. I’m a writer, not a visual artist; my eyesight is crappy and my camera worse. mostly I am contented to haunt here in silence, soaking up the inspiration provided by those more talented than I… today I remembered these pictures though, and thought I would make an exception... that is providing I can get the hang of posting in the first place... yeah... (sorry).

This place is super rare because it is an abandoned hospital but a modern one at that. It was only abandoned in 2002 so it's equipment still looks pretty up to date. Since 2002 some of it was used as a set for HBO's The Wire as a soup kitchen and jail amongst things. They had planned to renovate this entire campus into housing for veterans but that has become stuck in the legal quagmire for the time being while the state and feds argue over who has to pay for the taxes on this place. From what I gather this place was built in the late 1940s although some of the smaller buildings are older. This place is built right across from a late 1800s army fort they built to better defend the outside of the harbor instead of relying on Fort McHenry which is much closer to the city. So this spot has a lot of military significance. These pictures for the most part aren't very good they are just for documentary purposes. I did not bring a tripod because you have to be very sneaky in this place because the caretaker is constantly around and coming inside. On our last trip one of the guys we were with got caught. Lucky for them the caretaker is a nice guy and gave him a tour of the place before sending him away. I decided to make one giant set...

I'm going to start exploring and photographing abandoned places in and around Atlanta - is there anyone else here who'd like to get a group together to explore & take pictures?