I happened upon this desolate barn - falling into disrepair along a back road in Placervile, CA. 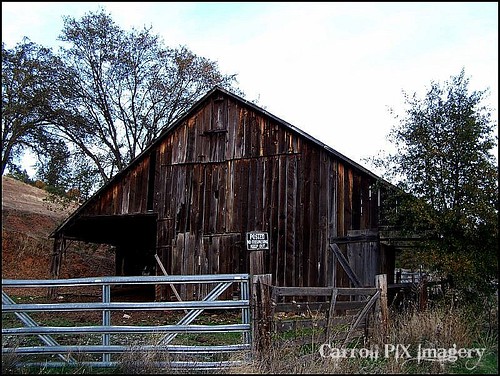 When I have more time I am climbing in... and getting more shots. A few photos I took 4 or 5 years ago of an old warehouse on the Fox River in Illinois. Sadly, when I went back earlier this winter to take more photos, the place had been demolished. Second attempt at a post, from the same warehouse as yesterday's post, now unfortunately demolished to make way for modern shoebox flats :(

I did a little research, and the eight houses from my last post in North Carolina are for sale. There's actually nine, but I have no idea where the last house is.

The property is $800,000 for 3.82 acres which includes the land and all 8 houses. The real estate agent I spoke to said the past landlord rented them for $675 a month. The official selling page is here, which actually includes spring-time photos so you can see what those yards look like without the carpet of leaves.

I'm going to call Habitat for Humanity on Monday to see if they're interested. Will keep you guys updated^^
I wish I had more of these from my trip to Chicago two years ago, but there you go. The first picture was taken the morning after a warehouse fire -- not abandoned at that point in time, but I'm sure it is now. The next two are from an abandoned church in Gary, Indianna.

I was driving around scouting locations when I found this place. It had to be the saddest cemetery I have ever seen. Graves overturned, smashed, weeds and growth everywhere and this appears to be AFTER they have done some work to it. 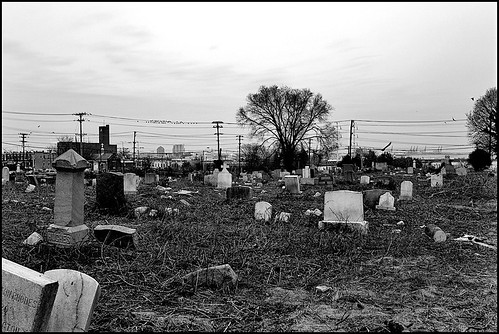 The following are photos from the abandoned Lee's Salon / Sun Acupressure / Tokyo Spa massage parlor, which was a front for prostitution until it was closed down a few years ago. Inexplicably, I grabbed a set of dead spare batteries, and these were all the photos I could take before my camera's power gave out.

The massage parlor building consists of two double-wide mobile homes, connected by a covered and walled in walkway. Much of the roof of one building, which contained several small bedrooms, and the Madame's room with a king bed, had collapsed. The "working" building, containing the public shower room and the massage rooms, was largely intact, though the door had been kicked in.

Fairly large photos under the cut.

I intend to make another foray into these buildings when I have the time; my girlfriend does not approve of my poking around there, so getting a chance to go digging is somewhat difficult.

( Collapse )
Nikon P80.
My pics from the Salton Sea

These pictures I took about 2 years ago. They are of an old "castle" in Versailles Kentucky. Since we snuck in and took these pictures it has been remodeled and is now running as a beautiful bed & breakfast or something to that nature, however it was just as beautiful then.

These are of an old house about 30 minutes from downtown Richmond, KY. I don't know much about it, but there are few places like this in the Richmond area.