Does anyone know what this machine is supposed to do?

There are actually a whole lot of machines in the same clearing as this one (this is right off a bike path in NH) but because of the snow, only a few are visible. I only have pictures of this one because it's the easiest to get to - there are a lot buried under the snow, and I was worried about sinking too deep and hitting one if I went in too far.

( Collapse )
Hotels here, Motels there. It seems a lot of these places are closing! But this is the Park Plaza hotel. Rumours started flying about this place a couple years ago. We even did a scout of the place, and it was still active. I walked into the lobby of the place with people still milling about.

I had to come up with a reason, I said I needed to use the washroom. They told me guests only, and kicked me out.

I came back, this time when it was closed. The most memorable exploration of the place was a cold snowy Feb 29th, in the middle of a blizzard. It was perfect cover! The one thing that really caught my attention in this place was the amount of stuff left behind! Even whole offices were left setup as if they had just left for the day. Not to mention booze left in the bar. 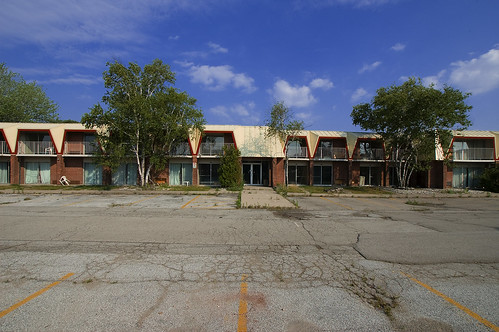 Long time lurker, first time poster. I finally summoned the courage to venture into a house that has been abandoned since I first moved to Northern VA over 12 years ago. The property has recently gone up for sale for $175,000.

A couple questions. Is there anyone in the Hampton Roads area that has interesting locations to adventure or would like a partner? And, has anyone checked out the 4-5 abandoned houses right along 17 S before right before it connects to 95 S in VA? They looked like awesome locations but I was a bit worried about wandering around in plain sight. I suspect they might be pretty closely watched.

A New York friend of mine with a locked journal recently posted this link to photos of a school in Harlem abandoned for 20 years. Looks like a NY urban exploration blog. The photographs are beyond amazing:

Really, you'll want to click on this link.
I have driven by this house so many times. But after finding this great community, I made a stop and checked it out. Its locaded in Stora Mellby, Sweden.
27 pictures

Sorry for two posts in one day, but my companion and I had a rather successful outing as the area is apparently littered with abandoned homes. This property is also up for sale. As far as we could tell, it had never been wired for electricity.

EDIT: Called the agent. The house was built in the 1700's, one of the first in the whole county, and was never equipped for plumbing or electricity. It's been abandoned since 1969.

The point of entry is the window by the fireplace.

A rich and lengthy history characterizes the Muskoka Centre, situated 2 ½ miles north of Gravenhurst. Its history begins in 1897 with the construction of the Muskoka Cottage Sanatorium, a 35-bed tuberculosis hospital and the first of its kind in Canada. Major extension to the Sanatorium in the 1920’s escalated the patient count to 444 and created surgical facilities, a laboratory, several service buildings and private dwellings for the resident professionals.

As (modern) treatment and prevention of tuberculosis became more prevalent, the requirements for the traditional isolation sanatoriums lessened. Decreased occupancy resulted at the Muskoka hospital during the late 1940’s and throughout the 1950’s. Meanwhile, a counterbalancing phenomenon in the field of mental retardation began demanding increased care and treatment space.

In 1960, the 62-acre site, a rocky peninsula jutting out into Lake Muskoka and the existing structure, were acquired by the Ontario Department of Health as an extension of the Ontario Hospital School at Orillia.

In 1973, the facility administered to 305 female patients between the ages of 16 to 80 years with the total staff of about 300. There were also four male adolescent resents. About 275 of these residents occupied the large Gage complex, built in 1922, with the remainder housed in the Barbara Heyden Residence, constructed in 1936.

The Muskoka Centre was closed in 1994.

Some buildings already have been pressed into 're-use' by the O.P.P (Ontario Provincial Police) who run canine and SWAT training.

Thanks, uer.ca, for the information (urban exploration resource, an excellent site for all of us mischief makers).

I have been very impressed with the high quality of this community for the last several weeks, since I started lurking. I have always felt a strange attraction to abandoned places... mainly excused as an interest in antique architecture. But I haven't bothered to take photographs of most of these... but now armed with a digital camera with loads of memory, I shall make amends for those years of laziness!

This is the North Star Line, also known as "the last train to nowhere." It's located at Mile 31 along the Nome-Council Highway in Alaska. The site is listed on the National Register of Historic Places as a "historic district"... which I think is pretty interesting since it's not your typical historic district. It consists of three locomotives, two flat cars, and a boiler that were once part of the Solomon River Railroad. The remains sit in the Solomon River flood plain where they were abandoned in 1915. The area is tidal marsh and the trains can't be recovered.

If you go out to Solomon, Alaska, anytime soon, you should check it out and let me know how it's doing. For all the rest of us who probably won't make it out there to see this significant site.... here are some pictures!

The National Register actually has many locomotives listed. I really like the photos of the old engines, and have a whole bunch printed and pinned on the wall of my cubical.

One of these photos is of an 0-4-4T locomotive originally used on the New York Elevated Railway. Few of these engines were manufactured, and only a few survive. One similar to this is in the National Museum of Transportation at St. Louis. There is possibly one in Cuba, and possibly one in a swamp in Louisiana.

The other engines were patented and designed by an engineer named Forney  in 1866, and are also pretty rare--- only 50 or less of each were ever manufactured.

Most engines were disposed of with the end of steam passenger service on the elevated trains in 1903, but a few continued to be used with work trains into the 1930s. The Western Alaska Construction Co. purchased three of the surplus of these engines for the Council City and Solomon River Railroad.

These photos are part of the National Register documentation for this site, and were taken by Lisa Reddaway, Design Engineer of the Alaska Department of Transportation and Public Facilities. 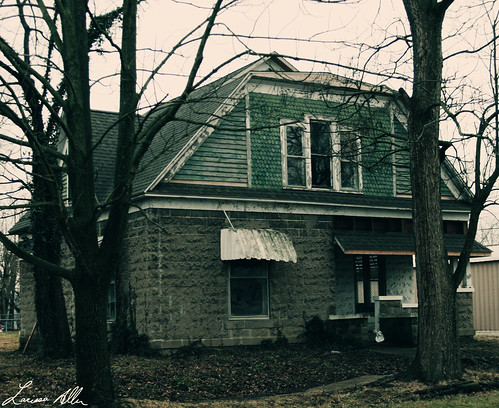 I love UE, and it seems to go hand in hand with being an amateur ghost hunter. I have lots of pics from the west coast AND back east (I am originally from Boston, but live in Seattle now)that I can post, but am such an LJ amateur that I cannot figure out how to do a link for "Pics are here under the cut" etc. I will randomly post a few smaller posts until either a) I can stop being retarded (put the Boston accent on that "reetahdid") and figure it out, or b) someone can be kind enough to explain it. A few folks have been kind enough to give it a solid try but grrr...

OK. So, Northern State Hospital was an insane asylum. Part of the hospital has been taken over by Job Corps and has been redone; there was a working farm on the property that fed the patients, and they worked there as well, taking care of the animals and vegetables that grew. It reminded me of the remnants of a concentration camp....and please forgive the photos directly in the post...I hope noone gets too upset.

It would be interesting to note here that both TAPS (Ghost Hunters) and Paranormal State have both done investigations here, as well as many other paranormal groups. This pic was done in one of the barns...we originally thought maybe some sort of patient communal shower that patients could use after they had done their farm work...and then realized it was part of a dairy farm! LOL.