Rain Drops...
I've been search this community for awhile.. Sadly as much as I'd love to view and adventure abandon places..
First time posting.. I only have one picture to show. -Under the cut-
( Collapse )

During a shoot made of disapointment and insufficient lighting, I discovered a bomb shelter-cum-root cellar.  Several individuals deemed it worthy of a second look (myself included), so I went back.  Maximum even went with me--Good Dog, Max--and stayed out of the way.  I came at the site from a different [section of ruined fence] angle, and so found a bit more than my first reconnoiter allowed me to discover.  Pardon any spelling errors-I had two helpers under the age of 5 assisting for all they were worth.

( Collapse )
Because it just wouldn't be complete if this place wasn't posted.. 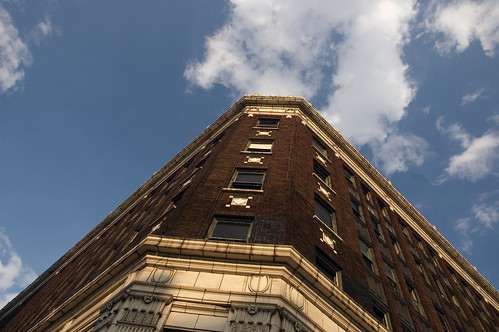 mr_j and I visited several abandoned places last weekend. Tons of pictures. Consequently, it's taking considerable time to get them ready for posting. Since there are only a few of the COGIC church, I'll start here. It's located on South Third, and those of you who are familiar with Memphis know this is not a good part of town.

I've never run into poison ivy, but I understand it resides in this neck of the hemisphere (specifically southern Illinois). For myself and others who don't recognise it (YET!!), here's a helpful url to help us keep a little safer and a LOT more comfortable with spring and summer photo rambles in the brush:

EDIT: If the link doesn't work, try cutting and pasting into your browser window.
A few shots from a short site trip

This was shown to my boyfriend and I by a local couple we are friends with. They have done tons of research in the area, and this particular graveyard is abandonded. It is home to some 40 miners who died in a mining accident out in Maple Valley, but they brought the bodies over to Black Diamond. There are million dollar homes up surrounding the area now, but the graveyard remains in place. One kind soul was kind enough to post a sign with photos of the miners, but the graveyard has been pillaged (as is seen in the photos) and not kept up. There are even families buried here...the kid's graves always make me choke up. Above: a pillaged grave, stone top overturned and no body inside. above: gravemarker in the overgrown brush. above: what should be a plot marker, marking a family plot. Above: a grave marker, with a sunken grave.

Again, I apologize I haven't figure out how to do the "under the cut" thing. I know it's not required, but I'd like to be as nice as I can...I just want to share my photographs!

I have photos coming up over the weekend of an abandonded mining town in Franklin, Washington-which is in the corner of Black Diamond/Maple Valley. The graveyard up there was just SO OVERWHELMINGLY SAD!! And yes, I took these pictures.