The Harahan Bridge is a cantilevered through truss bridge that carries two rail lines across the Mississippi River between West Memphis, AR and Memphis, TN. The bridge is currently owned and used by the Union Pacific Railroad. That means, if you want to get technical, the rail lines aren't abandoned. So why am I posting this? Because from 1917 until 1949, there were two wooden roads (that's right, wooden) connected to the sides of the bridge that allowed motor vehicles to cross the river. Can you imagine what a bumpy ride that was? Especially if a train happened to be crossing at the same time. The roadways caught fire in 1928 due to stray sparks from a train overhead near the Memphis end. The creosote-soaked planks blazed so fiercely that several sections of the tracks were twisted loose by the heat.

The road was closed in 1949 and most of the planks pulled up. About 20 feet of planks remain on the Arkansas side, in what is now essentially a jungle. You'll see what I mean.

Accounts vary on the origins of this complex, and indeed, as to whether it was meant to be a hotel development or a housing development.  The most widely heard version says it was constructed in the 1960s and included/was to include a dam to protect it against sea surges, floors and stairs made of marble and a small amusement park.  The site was commissioned by the government and local firms and there is no named architect.  Local papers at the time reported that there were numerous accidents during construction which caused the death of some workers.  As news of these accidents spread, no one wanted to go there, even to visit, and the project was subsequently abandoned.  The ghosts of those who died in vain are said to still linger there, unremembered and unable to pass on.  The complex was left in its unfinished state because no amount of redevelopment will bring people to the area due to superstitions about ghosts, and it can't be demolished because destroying the homes of spirits and lost souls is taboo in Asian culture.

Another version states that the owner went ahead with the development piror to city halls official approval and because approval was rejected he could not run as a hotel and get a business license.  He stubbornly closed the doors to the project instead of fighting for approval.  The relationship with ghosts and spirits is due to vagrants having used it as a place for living and in some cases as a place to commit rape and or murder of young victims.  The building on the right was supposed to be shops and offices and the pods an upscale hotel resort.

And the third says that this project was built with the huge amount of money made on the Taipei stock exchange during the 80s but after a crack on the market, the promotor ran away and no money was left for the project.  Nobody was willing to reinvest since it was too nearby the seas... and then the ghost stories and the climate made their own contributions to the site.

( Collapse )
When I started into exploring, one of my goals was to visit a nuclear missile silo. OPEX '77 gave me that chance. This particular battery was armed with Nike/Hercules rockets with Nuclear Warheads. The missiles were stored in a horizontal configuration then raised to virtical for launching.

The battery is located in the center of a public park where we were enjoying our evening picnic. We were lucky, that johnny law wasn't called on us, and we could actually get into one of the silos, most were flooded. Except one where the owner was using it as a garage. The battery was shut down in the 1970s, and was manned by Battery B, 2nd Battalion, 209th Air Defense Artillery. 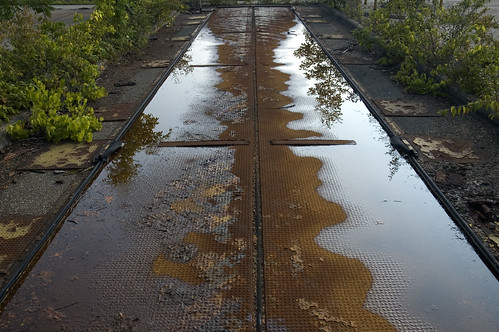 ....of the abandoned San Zhr pod village in Taiwan...


I thought I'd direct you to a google map where you can see the complex from above.


What I love above this overhead view, is that the main part of the village surrounding the pools and waterslide park..., it's still so very intact. To the east of that....well....vitual distruction.

Also, I have a million more pics of the place if you're interested in seeing more.

So there's this island right on the Northeastern tip of Norway. It's called Vardø, and it was taken over by the Germans during World War 2, along with the rest of Norway.
Now, there's a fortress (Vardøhus) on the main portion of the island that's being maintained today, though it serves as a museum and tourist attraction more than anything else. If one wanders north, though, away from the main population of the island, one comes upon the ruins of another defense bastion. This one's been left alone since the Germans left the island, as far as I know, and shows it.
These photos were actually taken a couple of years ago, but I figured they'd be of interest to the community here.

Somebody left their Digger Dan in the sandbox... and now it's winter. 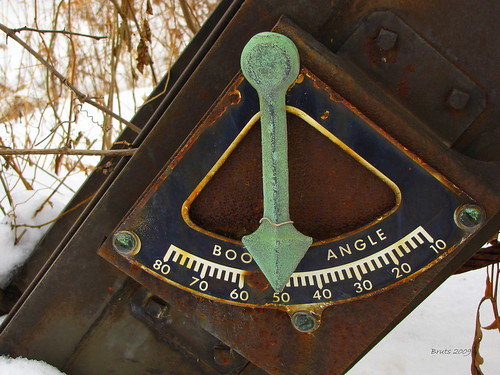 I moved across the country almost 2 years ago from Nashua, New Hampshire to Seattle, Washington. I drove with a good friend and three ferrets in the back seat of my car in a carrier. We went from one end of Route 90 to the other. I fell in love with South Dakota, in a way. Most of it so desolate and eerie, and other parts so wonderful. I got to visit Laura Ingalls Wilder's homestead in DeSmet, Deadwood (where Wild Bill and Calamity Jane are buried), Sturgis (of course!), and lots of other places. I don't recall exactly where this was, but it would have been very close to Route 90 somewhere in South Dakota. I remember going to the one gas station that was the only one for miles around here, in this ramshackle building that housed a rock shop. I still have one stone that came from the Badlands. Enjoy the rest! It's a true ghost town, and the population used to be in the hundreds, and is now down to under 20. I wish I had documented more where this was.