Alright, I promised to write some record of last weekends adventure and I'm trying to make time now to do so. If you would like to see the mass of photos from the trip, they are in my flickr account under the sets. Check the majority out at http://www.flickr.com/photos/markheaps . There were also two friends with me on this trip. Gritphilm took the role of documentary recording, and Byron B. was the wildlife "big lens" guy. I've never had such a whirlwind of image collection, it was mentally exhausting and a strain on my eyes...and I'd do it all over again in a heartbeat! :O) This post is a record with images at the end...

So with our gear packed up, we headed to the train station in Mountain View, California and awaited the train to San Francisco to fly to what we thought was Burbank, California. 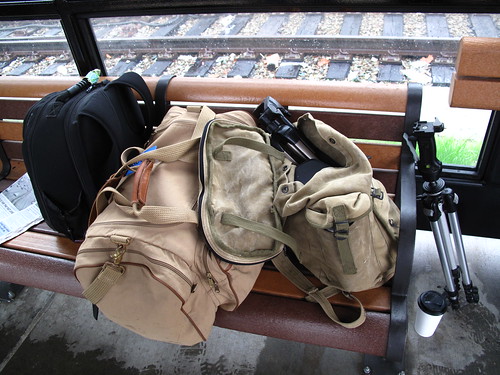