After an unplanned and unintended break from posting images, I’m playing a bit of catch up a bit tonight. In Birmingham, AL lies a gem. Sloss Furnaces is a former pig iron blast furnace which dates to the 1880’s. The site closed from commercial production in 1974 and soon after was acquired by the State of Alabama as a historic landmark. The furnace grounds are in a state of arrested decay and semi-preservation, but the steel work that once happened here is long gone. The air in this Victorian ghost whispers of steam and the hiss of molten steel.

Back in December, I had the opportunity to visit this site for a Steampunk / Steamfashion meet-up and photoshoot. Before the site opened up I first captured images of a power house and support buildings just outside the gates of the mill grounds.

( Collapse )
I contacted the community's owner to make sure this post was okay and she approved :) So I'm here to ask about hospitals, schools, and asylums located within New England. I live in Massachusetts and was told about a few locations. So as I did more and more research I found out that some were demolished and some had been renovated. I decided to make a post in the community urban_decay about the locations I found and was told that the ones still standing has security so tight that there is no way to get in. Below the cut is the list of locations that were considered off limits.


I know that most urban explorers don't like to give too much away about locations on the internet for numerous reasons, but any hints or tips would be extremely appreciated! I live in Massachusetts, so anything near there is great! But anything within New England is fine as well. I'm willing to travel :)

Hey folks. New here, and have always had a fascination with abandoned places (oh, how cliché). The one I want to visit most? Pennhurst. Can I? Eh, with an arthritic neck, it's a bit difficult for me to swim across the Schuylkill River, which is the safest access point. When I was younger, I ventured through Byberry many a time, but unfortunately, it has been demolished to make room for an assisted-living community.

This abandoned Russian fortress is probably one of the creepiest places I have seen.

The reason for it to have such a strange look is because it was used later by Russian army to test the influence of Russian alternative to napalm inside of the brick houses.

Due to very high temperature of napalm the bricks started melting just like ice melts in the spring forming the icicles, but those icicles are of red brick.

An old set I never posted anywhere. I never saw this site before they wrecked the actual house. Not much else good up here besides the cross. Scrappers came and stripped the cross of the copper so now there really is nothing worthwhile.

Here is a very good site about this place. Far more entertaining than my pictures are...
http://hellhouse.ellicottcity.net//

I remember when coming to this abandoned segment of town there was a house on a hill. Literally held up by struts ready to fall. But the lack of weather patterns, and apparently a solid construction, allows this old house the right to look over the whole region from high above the town in Jerome, Arizona. 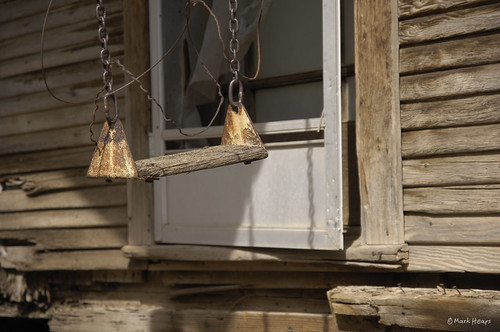 It's eerie to see a child's play thing left to nothing. 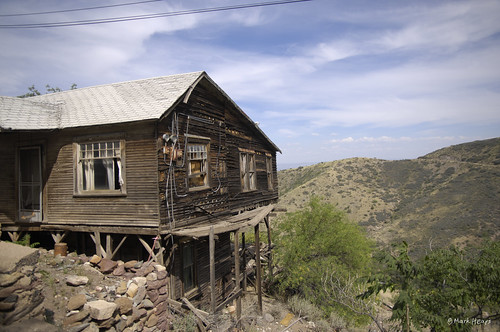