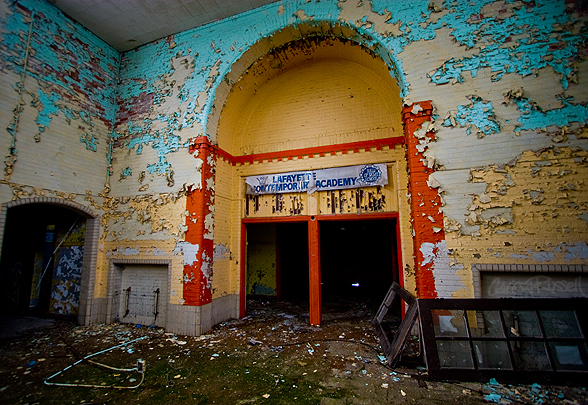 I . . . love ESP. Even though it's classified as "preserved," I still consider it abandoned and most of it's in general disrepair.

This was my second trip, and I'd gotten to know my friend's camera a little better. I used the shots as my final project for a digital photography course.

Another old set I never posted. It ended up being longer than I thought so I am going to do it in 2 parts...

Apologies for the large images.

After seeing another user post their images from Bodie I felt compelled to share. But first I'd like to share something new from my journey through Nevada this summer as well as a warning. Weed Heights is the sketchiest piece of sketch to ever exist. It doesn't matter that there's an awesome abandoned mine.

This abandoned refinery and mine is located just outside of Yerington, NV. Which is a lovely town and just before Weed Heights a tiny community. The mine itself is called the Empire Nevada mine and it was an open pit copper mine.