this is an old heritage building in the heart of downtown victoria, bc.
it is fenced off pretty well, but maybe one day ill get the opportunity to snoop around in there.

Nothing special, I happened to be in Castle Park with my camera and thought I'd take a few snaps. Anyone who lives in Bristol will be familliar with this church, it was bombed in the blitz and was left there as a memorial to those who were killed. You can't get inside unfortunately. Enjoy!

( Collapse )
And back to the junction once again, it’s amazing how industry rises up in an area (in this case, because of the large amount of rail activity in the area), and then it falls. This particular factory is under demolition. Offered at least a couple hours exploration time, lots left over (which is rare for a Toronto Abandonment).

All of these shots are hand held, interiors at ISO-1600, because of active security on site, I didn't want to spend time on tripods and long exposures if I had to duck out of the way. And by "active security" I mean one guard, who patrols the entire property (which is huge). 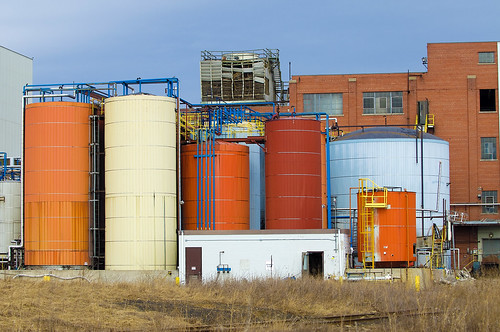 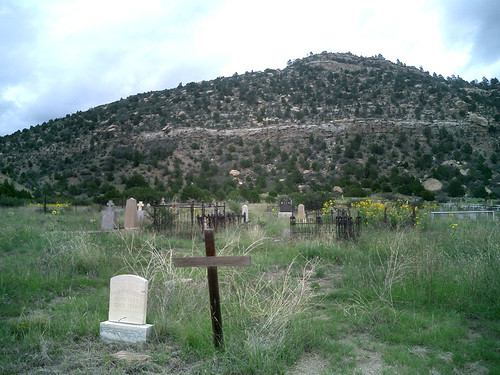 These were taken about 4 years ago at a family gathering by the cemetery. My grandfather grew up in Dawson, which is now a ghost town. It's technically abandoned, although the cemetery is on the National Register of Historic Places.

"Dawson did not become a ghost town until 1950, when the Phelps Dodge Corporation shut down the mines. At closure, Mine 6 was the largest producer, and several other mines had been previously closed out because of declining demand. The closures were also due in large part to the completion of the twenty five year coal contract with the Southern Pacific Railroad. The entire town was sold or razed, with some of the miners' houses moved to other locations."

A really nice building  in the undesirable part of town. I didn't get to take decent pictures of this building, we were just driving by and getting out of the car wasn't a great idea.

I went to Berlin this past October and, while I was there, I took a day trip to Beelitz, home of a fantastic abandoned hospital complex.

Beelitz Military Hospital was built in the late 1890’s for the recuperation of injured soldiers. It was built in 4 sections that included hydrotherapy, surgery, psychiatric care and even a rifle range. After WWII it was taken over by the Soviet Army as it fell on the Eastern side of Berlin and Germany. After the fall of the wall and communism in Germany the hospital was slowly closed down with the last Soviet military patient leaving in 1995. Some of the buildings have found further use, a large block is now home to a center which cares for people suffering from Parkinson's and coma’s, another small block is now a hotel, and a former gate house is now an ice cream parlour! A lot of the grounds are being cleared to make way for the redevelopment of the other buildings due to be complete in 2013.

Never, in all my explorations, have I been in an abandonment that was so full of people. Not only were there other photographers and urban explorers, there were families of patients from the active buildings strolling through the abandonments, appreciating the decayed aesthetic and the graffiti art. I can't imagine that ever happening in any abandoned site in North America.

In other news, I'm going to New York city on Wednesday and I'll be there for about a week. Anyone interested in some exploration? Any suggestions of good places to hit up in or around the city?

This is my 1st post so if I'm doing anything wrong please tell me.

My friends and I have been going to this old abandoned hospital for about 5 years now. I love it. It's one of my favorite places to take pictures. I have a ton of pictures that I've taken over the years but I only posted a few this time. It started out as a tuberculosis hospital then it became a hospital for the criminally insane when people started curing tuberculosis. At least thats what I was told. It closed down in the 80's and by the way it looks inside everyone just ran outta there.

This is my first time posting to this community. I have to say that I absolutely love the photos that have been posted on here from other users and am glad that I can contribute a little something of my own. 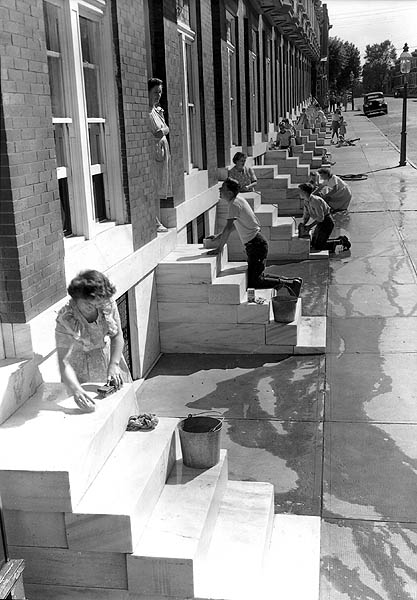