I got to hit up two different places (and three cemetaries!) the other day when I had a visiting friend trek around town with me.

The first is the Waterworks, which I've been wanting to get good photos of now for years. I wish I could've gotten photos of it while it was standing, but it was demolished about ten years ago now. All that stands is two buildings and what's left of the foundation. Which isn't much. But the biggest part of this trip was getting to check out the tunnel nearby that I found when I was in high school but never got the chance to explore.

If you're local, the place is easy enough to find (though, the tunnel isn't so much). I don't know how well patrolled it is, but there are no trespassing signs posted. However, there's well worn trails from the road because people come down to the river near it to fish.

I'll make another post with the other place I explored later. I don't want to dump a ton of images in one post.

Found this on photobucket, from a public album. The person who uploaded the picture is arctic_zombie.

Thought it was funny and on topic!

As promised, my friends and I went back to Baldpate Mountain, this time on foot, for some more photos. My friend Margaret,

equinephotog was down for the week and came along. Her photos are watermarked with her name. The rest are mine. 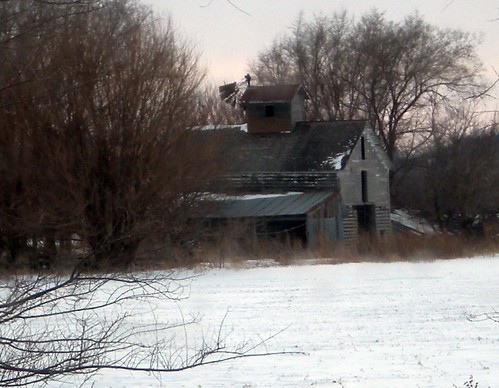 I Stumbled across this site today, and my first thought was, "

abandonedplaces would love this!"

Here in my car...
Collapse