Paid a visit to the old Don Jail for a photo contest.

The Don Jail was built between 1862 and 1865. Designed by architect William Thomas in 1852, its distinctive facade in the Italianate style. The New jail was built in 1958. This was also the site of several executions (by hanging) starting in the early 1900s. The Old jail was closed in 1977 after the conditions were deemed inhumane. Currently the old section of the jail is owned by the Bridgeport Health Center who will be turning it into a research annex. 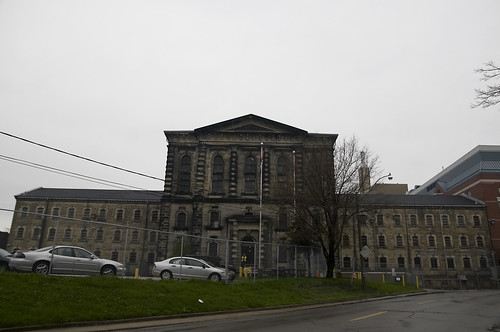 Headquartered in Kharkov, Ukraine, Serp i molot was one of the largest manufacturers of diesel engines in USSR.

In 1920s the plant was renamed after the main Communist symbol.

From mid-50s to late 90s about 6,000,000 diesel engines for tractors and harvesting equipment were built.

Completely abandoned 2002. Now in the process of demolition.

I'm fascinated by changing urban landscapes so I have been going back here each week to document the demolition. So far they are now about 2/5ths the way through it...