It has some interesting architectural characteristics that weren't typical compared to the other factories in the area that i've been in. It was mostly empty- and also unlike most of those other places, there is rehab in it's future! :) 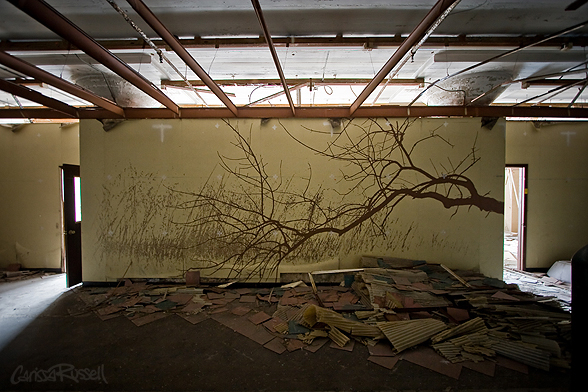 Montgomery County Fire & Rescue spokesman Pete Piringer says the 911 call went out about 3 am after a neighbor’s dog started barking at the fire. When the firefighters arrived, Piringer says “they found about two floors of the six-story building on fire. About 15-20 minutes later, the upper floors collapsed into the basement.”

Originally built as a hotel for wealthy Washingtonians trying to escape the heat, the 120 year old building was converted into a world-renown psychiatric hospital in 1906. Named after the trees that once grew on the property, Chestnut Lodge was eventually abandoned and sold to developer Chase Properties in 2001.

Many think the building was haunted, a problem the new owners discovered they had to contend with. “They get dares from their friends to stay in the Lodge overnight,” Morty Levine of Chase Properties told Fox 5 in February 2008. “We’ve had to maintain security here. High security so nobody gets hurt.”

Levine took Fox 5 inside the Lodge last year to show how the company planned to transform the building into condominiums. Levine explained they first had to contend with highly-flammable materials left behind by the hospital, like a mountain of discarded medical gowns in the basement and large piles of shredded medical buildings in various rooms.

Firefighters say the large amount of debris will make it difficult to determine how the blaze started. The pile is so large and deep, they say it will continue to smolder for several days before being completely extinguished.

Even though no one was hurt, neighbors say they’re overwhelmed. "Now its just gone,” says neighbor Anne Marill. “Now its smoking, half of the building it was yesterday. Its sad."
“I’m heartbroken,” says Dotti Reick. “This is my childhood that has gone up in smoke.”

Reick says she grew up with the daughter of the doctor who owned the hospital. “I played in all of this area,” she says pointing to the building’s lawn. “Rode horseback. It was beautiful.”

She says the Lodge was one of the very last historical buildings left in Rockville. “What do we have left?” she asks. “All of these old things…I want to cry." 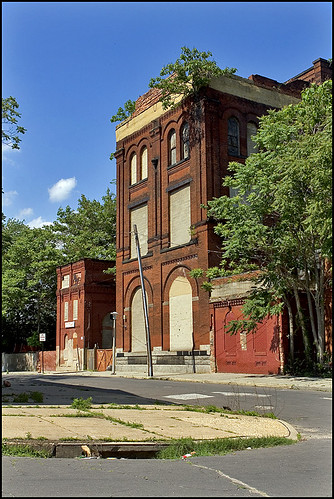