sits hidden from sight on a busy road amongst an upscale suburban neighborhood in St. Louis County.

Built in 1964 it operated as a retirement/nursing home until 1998 when many legal issues (including the death of a resident who was on a soft food only diet and was given polish sausage which he choked on) forced the closure of it's doors.

Well the doors were closed... but they were not locked as I delightfully discovered one sunny afternoon in late 1999.

...and thus my obsession with the place began. My love for it grew like the fungus growing on the walls inside.

Pitch black inside even on the sunniest days, all the beds & equipment left to rot along with the building, long echoing hallways, and a basement reminiscent of the video game Silent Hill, and a "looming" someone's-looking-over-your-shoulder kind of vibe... it's a wonderland for someone who enjoys a "spooky" atmosphere.

Over the years I have had many adventures involving this place, including having to go to court twice for being caught trespassing (I can't stay away...), hiding in basement closets when others have entered when I was inside, and above all: documenting it's decay over the years. By now the decay is quite ripe, it's come a long way since I first entered when everything was clean and still in it's place.

The photos behind the cut are from recent explorations... the graffiti is mostly recent, which I find kind of annoying for photography but oh well. Also included is a clip of a recent news broadcast where they used some of my video footage I uploaded on youtube. 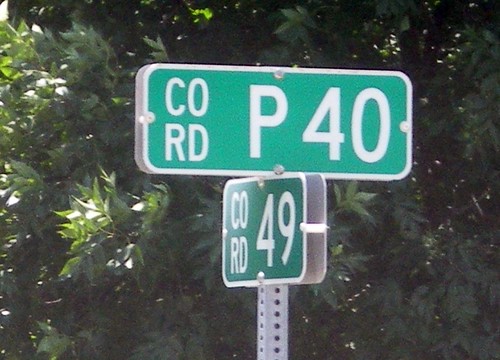 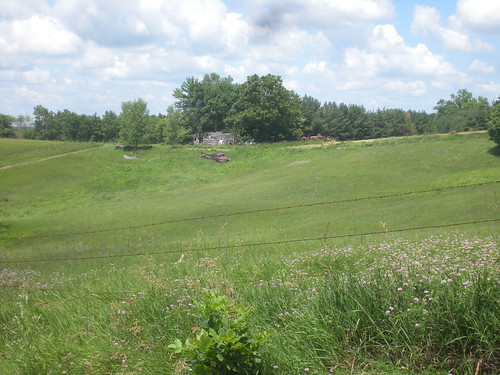 this one I flickrshopped for color, but that's life: 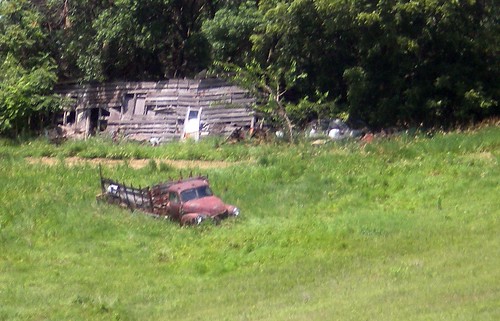 Although accessible from the road,it definately had that shoot first and ask questions later feel.

A couple of years ago I went on a family tip to Vanuatu. Recently I was going through my photos and I was struck by the number of abandoned places I had captured without even really meaning to. Now I am little older and a little wiser I regret not taking the time to stop and explore some of these places.

According to the locals I spoke to this is Svetlana, a Russian ship that was originally caught and held by the shipping authorities for not having the proper licences or some such. She was anchored just off the coast when a massive cyclone hit. When the wind died down a little the crew decided it would be a good time to run like the Dickens so off they went. But the storm picked up again and blew them all the way into the bay and half way up someone's private beach.

When I was there in 2006, the government was having it out with the shipping agency trying to get her moved, but I don't know what the outcome was. I had a look on Google maps and couldn't see her, so hopefully she was eventually moved. She had been sitting there for a couple of years and had at least 3 tonnes of oil in her belly - I would hate to see that leak out and destoy the abundant marine life in that area. 5 metres to the left of her is a snorkeler's paradise. Not to mention that was someone's private beach, haha!

Most of these were taken from the backseat of ricky Vanuatu taxis on our way to somewhere else. For anyone who hasn't been there, most of the taxis are old vans that seem to be held together by Gaffer tape, cardboard and prayers of hapless tourists. Not the most ideal place to take photos from ;)
Collapse