And also a building around railway, ways, loading terminals and it is a lot of rust... Alas, such trains there was much... And the thrown buildings around only underlined weight of atmosphere... Something unusual, but alas, forgotten... There are some restored ways, but all around still are subject to repair...

Went to see the Highgate Cemetery this weekend. Amazing place, I have to say.

It was originally opened in 1839 as a response to chaotic burial practices. Since then it has expanded. At the moment it is broken down into 2 parts. The Western part is an older one, with predominantly XIX century graves. The Eastern part is slightly newer, but equally fascinating.

One of the graves that I'll never be able to get out of my mind. Just faschinating... An angel resting on a cloud...
1. 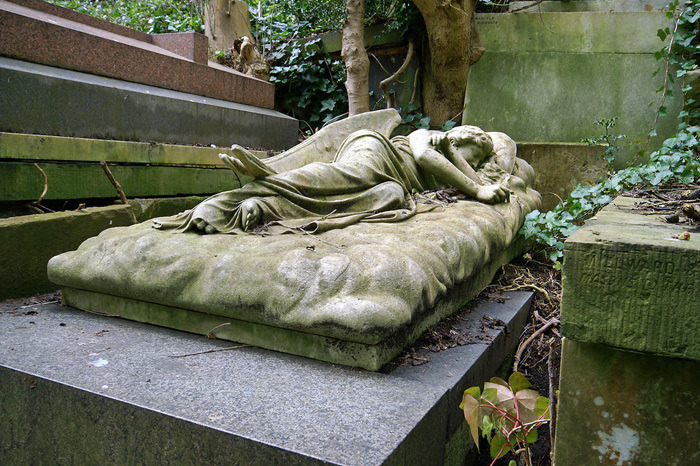 I've read and commented occasionally, but not posted pics. So here's my debut, an abandoned park I found the other day after getting lost on the city bus. As we see from the sign, it's called Mariposa park, but I'd rename it the Stairs of Nowhere.