Some pictures from an abandoned house in Kouvola, Finland. Built some time 1910-1914, this house is rumoured to have been either a bakery or a laundry business facility until the 1970's after which it has stood empty, the surrounding buildings demolished over the years. Not unknown to the local youth, the house has faced some wear and tear due to frequenting visitors. 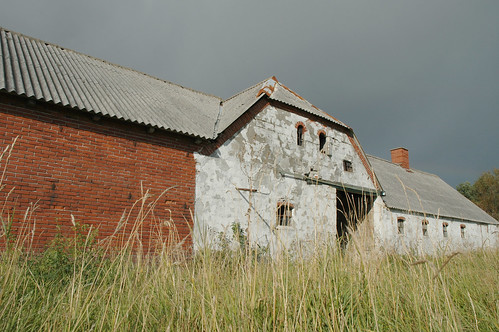 ( Collapse )
A landmark Hotel on Toronto's Airport Strip (Series of Hotels along Dixon/Airport Road by Pearson International Airport). The name of the hotel was from a Constellation Aircraft that sat out in front for years. That airplane was later moved to the back of Pearson, and could be seen from Derry Road. That airplane in recent years has been moved to a new home in Seattle where it is being restored.

But I digress, the hotel, was built in 1962 and had two fifteen story towers, both of which, despite currently demolition progress still stand. Renovations in 2004 added on another building with 350 rooms (it also still stands). By the end of the SARS crisis the hotel was already failing and closed after that. Currently it is under demolition or re-construction, it is unclear on what is actually happening. Between May and October 2009 no progress has been made.

Currently most of the areas of the 2004 expansion have been almost gutted, I never got into the older tower but it's apparently in near mint condition from when the hotel was still operating. The property around it is a maze of rubble pile from the demolition of the parking garage and parts of the complex. Safety shoes/boots are a must. 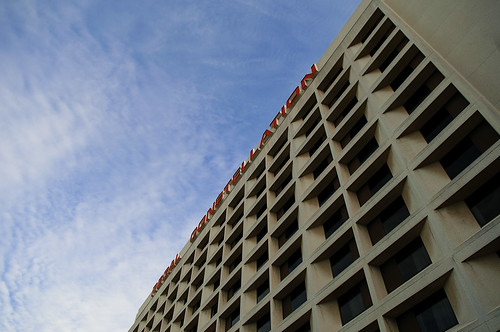 ( Collapse )
I don't know to much about this swimming club and I estimate that it shut down in the late 70s.

they used to be the biggest gig in town!
Collapse