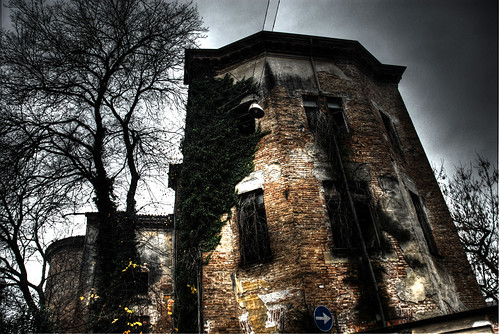 About 5 miles north of Kramer Junction on the 395 outside of Boron, CA is an abandoned prison. FPC Boron ("Federal Prison Camp") shut down in around 2001 judging by the dates on most of the forms found around the facility. The facility itself does not appear to be a typical prison.. driving up to it, it looks mostly like an industrial complex. There are about 28 houses in a circle slightly south of the main facility--housing for the correctional staff. The inmate's quarters are two-story dorms with central air and heating and carpeted floors, huge windows. Each inmate gets a locker and there are bathrooms at the end of each hall. Not a bad place at all to serve out a sentence. The facility was minimum security and housed "white-collar" criminals.. sort of a slap-on-the-wrist detention center for tax fraud, stuff like that.

I've been to this site several times but decided to take a couple friends who'd never been. I took tons of pictures so I'll just post in parts.