Allo' Allo' everyone. I'm new to this community and what a beautiful find to have found. :)

I've just got a wee little post pertaining to my own favorite place that used to be bustling when I was a child and is now barren and empty. A zoo in the massive forest near my home in British Columbia, Canada.

The pictures get quite large if you keep clicking them, so go ahead and savor every little detail! I think everyone knows where this is going...
Please keep in mind that this place was abandoned ten years LATER than "The Grandview" 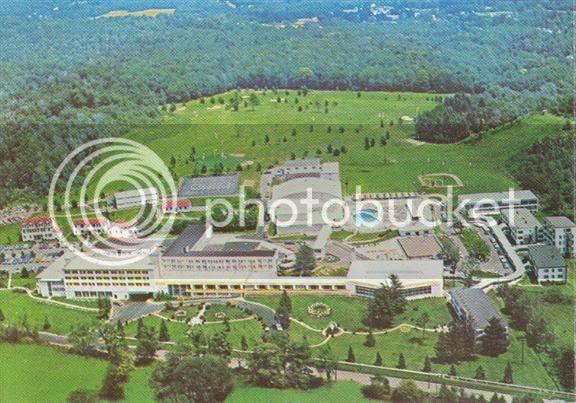 The Conifer (Alias) is a rotting monument to a bygone era.
What was once a gorgeous resort is now a decaying husk...
A victim of neglect, nature, and those that falsely call themselves "Urban Explorers"

Please understand that I have no issue with people investigating locations such as these, I do it myself.
However, there's a guideline that needs to be followed:
"Take only pictures, leave only footsteps"
Sadly, this seems beyond most people's comprehension, and The Conifer has suffered dearly for it.
This post serves not only a portrayal of a forgotten place, but also an essay on disrespect.

Walking the grounds, you can grasp what the place must have been like in it's heyday.
The bustle of people checking in and out in the lobby,.
The smell of chlorine floating down the main hall from the indoor pool.
Faintly music playing in the background, coming from the grand dining hall.

Now just silence, and the smell of decay.

The lobby lies in ruin.
Holes cover the walls, and in some cases, sections of wall are missing altogether.
The furniture is thrown in all directions, most no longer upright.
A majority of the windows have been smashed, allowing for a rather surreal situation,
wherein grass has rooted over the entirety of the lobby carpet.
Creating a grassy field where once the lobby floor was.

Moving on to the building containing indoor pool,
you still almost expect the echo of splashing as you walk about the room.
It's obvious from the size of it that the pool was once a very popular spot at the resort.
It now sits drained, a giant tiled pit in the center of the room.
Fountains can still be seen around the edging of the pool,
along with the many many pool chairs that now occupy the deep-end...

The theater hall must have been glorious at one time.
The room is massive, with the capacity to fit a very large audience.
The giant curtains still hang, slowly being eaten away by fungus.
Same can be said of the ceiling, which appears to be on the verge of collapse.

Walking the hallways of the wings that contained the bedrooms,
you start to understand just how many people came here.
Like the resort itself, the rooms are for the most-part in ruin.
Windows are broken out, walls are all but torn down, spray paint and garbage is everywhere.
As you go up a few floors though, things become less devastated.
At one point the rooms even smelt eerily of clean linen.
Somehow sealed away over a decade ago... 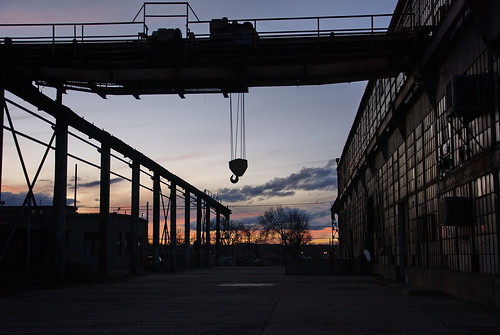 A group of Flickr, photographers actually paid rent/insurance for a day to go explore/photograph one of my favorite abandoned places out here in the west. here are some of my photos. Its sometimes used for movies, such as T4, Transformers, Gamer, and a few others. Built in the early 1900's it reached its hayday in the 1940's when it started to decline after the war, at that point it was deemed too costly to retrofit the coal steam engine repair shops for the newer diesel engines, so it got used for storage for a while. and then sat derelict. 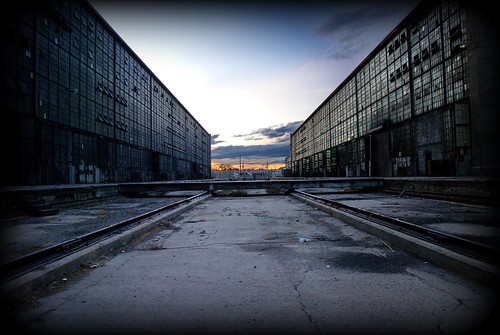 One of the only remaining transfer tables like this in the USA.

More under the cut, and even more here. http://www.flickr.com/photos/killbox/tags/asfs121209/

gynocide and I went on a road trip today and passed through Garlock, CA.. a ghost town easily accessible right off Garlock Rd, between the CA-14 (between Mojave and Red Rock Canyon) and CA-395.. the road is well-paved, no potholes (unlike the road to Trona.. yikes) and makes for quite a nice little stop. Our destination was Trona.. tons of pictures from that trip to come.. 90% of Trona is abandoned and very, very eerie. Garlock is an old mining town and minimal in what is actually accessible as far as walking around goes.. just a couple buildings. The rest of the town is fenced off. If you want a real adventure.. go to Trona, lol.. anyway here's a quick photo dump from Garlock.