A 1919 Locomotive Shop in the former village of Leaside, now a part of Toronto. Converted to a warehouse in 1941 by ES&A Robinson, who had a factory next to it. ES&A eventually became Winpak, the factory was demolished in 2007, but as the locomotive shop is a historical building it remains. 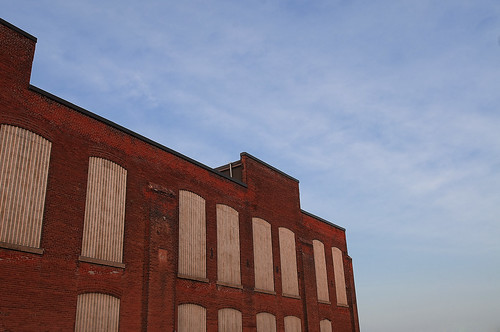 Earlier today, someone linked me to the Haikyo ("ruins") section of Tokyo Times, a photograph blog about Japan.

He's apparently been at this for quite a while, hitting everything from old mining settlements to museums to love hotels, and I figured it was too good not to share.