Father Michael Heinlein of the German Arch-abbey of St. Ottilien founded
the Arcane Monastery (alias) in the rural hillsides of New Jersey, on March 15, 1924...

The main activities of the monastery were agriculture and their Christmas tree farm,
the later becoming quite a popular event in the area around the holidays.
The new monastery grew rapidly during it's earlier years.
On May 2, 1936, it had become large enough to be promoted to the grade of "conventual priory".
Then, on June 9, 1947 it was again promoted, this time to the grade of "abbey".

The abbey operated into the late 1970's, at which point if found itself without purpose.
The years that followed found the abbey falling further and further into a state of disrepair.
Finally, in 2000 the remaining monks were able to leave the grounds permanently, to find homes elsewhere...

What remains today is a beautiful stone structure, that unless examined closely, does not at all look abandoned.
It's this fact that makes the grounds all the more somber, because you need not try hard to imagine it still operating. 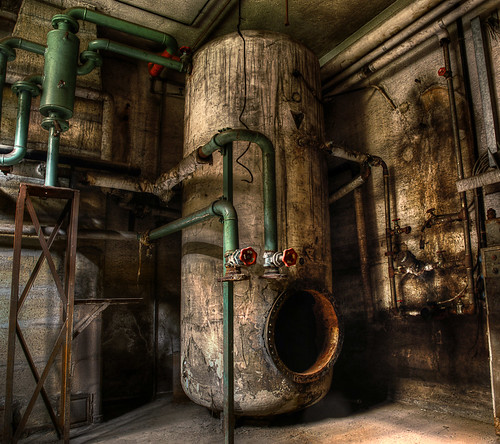 I hadn't noticed this house until recently because it sits far back from the road. A few days later, I drove past and saw firetrucks with a crew in full gear outside. They were prepping the house for a controlled burn. I figured it would be going down that day, but I drove by later that week and noticed it was still standing. I went in and found that they had ripped out all the walls, probably to check for asbestos before burning it.