A very creepy place indeed... While the cabins are literally falling down, the main building has a modern and recent roof. (Despite being all boarded up.)

There were also lost of fresh tire tracks, and prominent 'No Trespassing' signs, so I just grabbed these two shots from the side of the road. 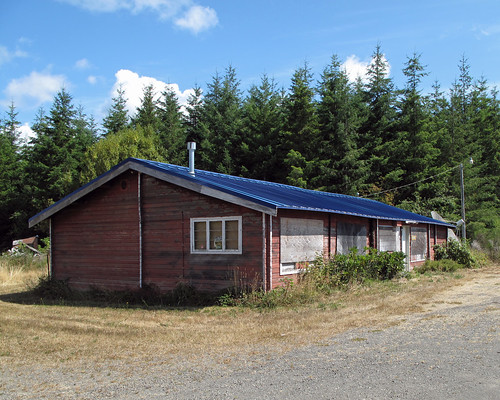 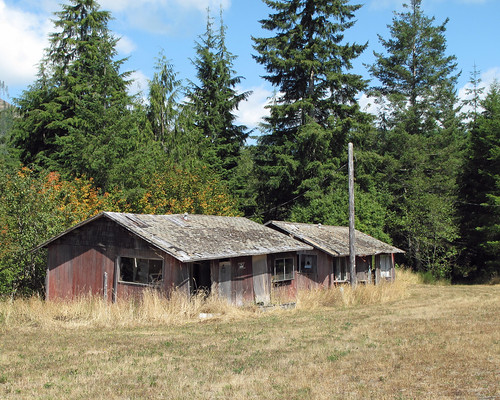 Coming as soon as I work my through to that point in my backlog - photographs of an abandoned garden/nursery near Sequim.

edit: due to so many responses I figured I would give some more info! We still own the house, but it needs a new roof and the basement/foundation is pretty destroyed due to a flood that happened(caused by the squatters). Its a massive house as well: 6 bdrm, 2 bath, kitchen bar opening over the living room, sun porch, workshop in the basement, den etc. My father was in the middle of remodelling when we moved out...so it also has an un-used fully equipped bathroom, kitchen cupboards, basement bedroom among other things. Why did we leave? My father met someone and we moved into her home, 14 years ago! Who knows what will happen with this place!

the story: This is my old house. I've lived in roughly 30 places in 25 years and this was by far my favorite. Though my father owned the house we moved out randomly, leaving most of our things inside. After a few years some kids broke in and squatted there for awhile, pretty much destroying everything in the house including our belongings. I took a quick walk through last week for the first time in 12 years!

This is the front yard, which used to be all grass. Once upon a time, you could see the massive sun porch attached to the front of the house!

the backyard, which used to be have to have tons of flower gardens and a massive garden. It is now all raspberry bushes, surrounding a caved in tool shed.

This is a really neat spot to explore if you are more prepared than myself and bring long pants, boots, and gloves. The fence only goes 3/4 of the way around. There are TONS of other abandoned places to explore on this highway and down into New Mexico. Watch out for rattlesnakes and big spiders. 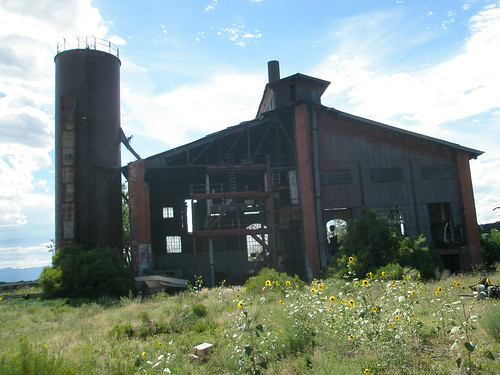 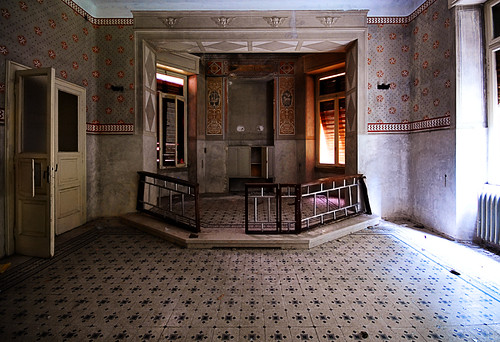