Hey everyone, long time lurker here. I've always been a bit self-conscious of posting my pictures up on the community, instead simply throwing them up on Flickr and showing my friends, but I've decided it's finally time to start posting. I'm down for any constructive criticism too; I'm hoping to get better at this. All of these pics were shot with a Canon SX20IS.

So, last week around sunset I finally got a chance to get inside an old sanitarium I pass by at least once a week. It's part of a large campus that served my hometown beginning in the early 1900s, but it was closed down in 1964 and has remained vacant since. Some construction company purchased the land years ago and intended to demolish the site in '06 and build apartments, but that clearly never panned out.

I haven't had much time on any of my visits to take many pictures, but I hope to thoroughly explore the interior of the main building at some point in the near future. Anyways, here are the pics: 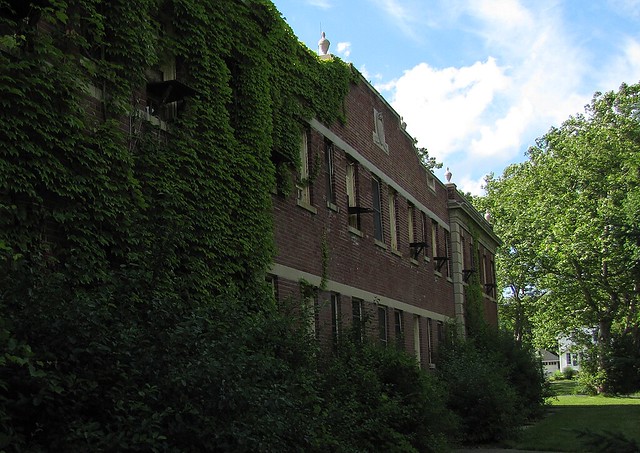 I'm going to be in Detroit tomorrow and Friday and I was wondering if there's anyone who lives in the area who would like to go exploring with me. I'm hoping to make an entire day of it on Friday, the only catch is that I don't have access to a vehicle. I have a couple of locations in mind that I'd like to check out but, otherwise, I'm keen on going anywhere.

And so this entry is a little entertaining for everyone, here's some photos from an abandoned occasionally used, artist run fun-house type place I visited last time I was in Detroit.