Hello everyone! It's been a long time since I last posted. I've been really busy and haven't had the time I used to devote to this project that I used to.

Anyway, I recently got inside a great building in Cleveland- the House of Wills. 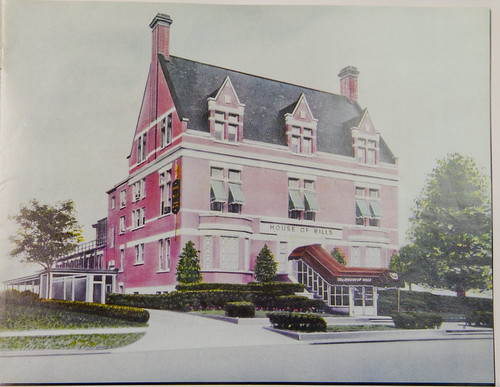 It was one owned by one of the first black entrepreneurs in Cleveland. He opened the business (his last name was wills) as a funeral home back in 1905. They don't know for sure when the building was built- the blueprints inside had a variety of dates from the late 1800's to early 1900's. The building says 1905, but that reflects the year Mr. Wills opened his business. There were also parts of the building that were added on after the initial build. It is a huge structure now, about 1/8th of an acre indoors. He lived in the building as well as had it function as his business- he died in his bedroom. It was re-purposed over the years- being a bunch of different things, like a school, etc. A lot of the building didn't actually change, the inside still looks a lot like what it was originally.


You can obviously see how much it has changed over the years.
Here are two photos of the casket viewing room. The first being from a promotional booklet released back in the early 1900's for the funeral home, the second being a photo I took last week of the same room.
It was completely pitch black, so a lot of these photos are using light I created over a long exposure. 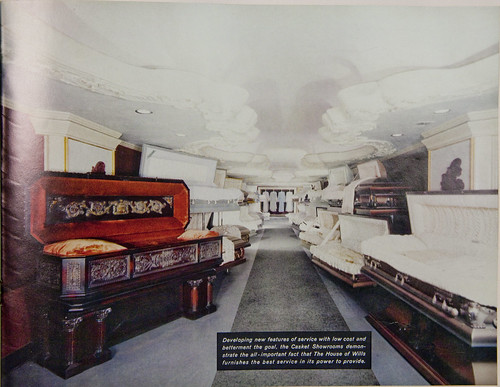 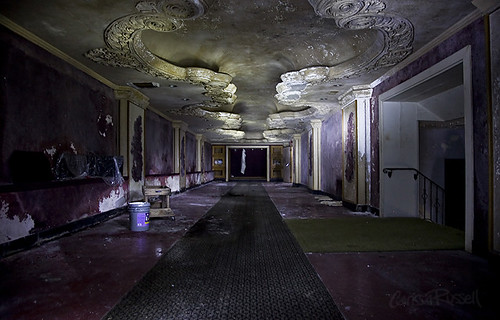 Plans for this buildings future? Unlike a lot of the places I have been in previously, this one has plans to be restored, furnished in-period and lived in/rented out for parties, etc. After having the privilege of exploring this building, I am really glad that it's not going to waste and is being restored. There were a lot of beautiful rooms inside, and even more that I didnt have time to photograph. (the place is huge!)

I've posted here a lot, if you'd like to see previous places i've been in you can visit my website, Ruined Nation to see all of my locations to date.
Thanks for reading! :)

This is my first time posting here and I arrive bearing an assortment of photos taken with my reliable little Samsung S85. I'm sharing photos from a couple of places found in North East Victoria near where my parents live. Unfortunately, on the day when I finally had a chance to take photos, it was raining consistently and soakingly and I was wearing inappropriate footwear. I hope to take some closer photos soon when Summer finally arrives, especially now that I'm in possession of a slightly better camera.

But we shall move on to the photos!

Thanks for looking at my rain-soaked photos. I hope I can share some sunnier, more detailed ones soon. You can find these photos along with a few others on flickr here.
Video from our trip to abandoned factory of brick manufacture - Leningradskaya Oblast 2008 year

This is the old Intelligence schoolhouse at what used to be Ft. Devens, MA.  These beautiful old buildings were the victims of BRAC.  They were given to the state of Mass, and were just left to rot.  I had been through this schoolhouse twice, once early in 1982 and again in 1990.  It is sad to see what has become of the place.

A little over a week ago I posted some photos from a bit of exploring I did in northern California City.

sydwaiz commented and recommended I check out the abandoned general store in Lockhart by Harper Lake, which is a dry lake bed northwest of Barstow.. so today I did!

Not only did we find a general store but the remains of a cattle farm and a couple of tiny apartments for the farm workers were very close by. The location is definitely remote, surrounded by desert.. accessible by Harper Lake Rd from highway 58. The road itself is riddled with potholes that are kind of haphazardly filled in.

Anyway, it was definitely a cool find and I'm very grateful for the tip. Thanks