A couple days ago one of my best friends (

inneedofescape) and I decided to hit up Trona.

80% of Trona is abandoned. The town smells like sulfur and there are constant booming and clanging sounds from the 3 factories. Grass does not grow in Trona...the high school football field is dirt. The locals are drunks and tweakers and will circle a newer model car like vultures circling a dying animal. In summer, temperatures soar to over 120 degrees. It is truly the first layer of Hell.

We thought that one up while driving back from Ridgecrest, which is 20 miles southwest of Trona and the closest source of any amenities (read: Starbucks and Walmart) for the Trona populace. Clever girls we are!

Since my last post was about the shoot with my model, I thought this time I would post what is my norm. Full on abandonments! 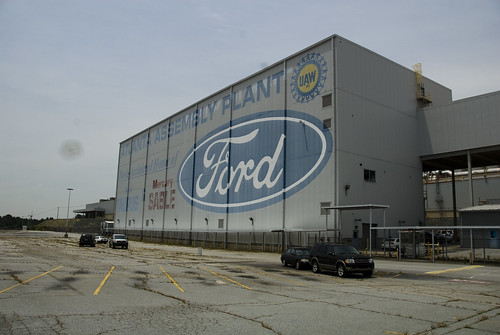 Gay Hill School. This school is supposedly haunted after it burned down in 1972. Coincidentally, that's the same year that Alice Coopers "School's Out" came out.  No more pencils. No more books. No more teacher's dirty looks. I like to think that the students were playing this song while it burned.  Probably not though. ;)

The Legend(s):
Just outside of Big Spring, TX/Luther, TX. Supposedly the school's ceiling collapsed and killed students in the auditorium. The principal knew about the safety hazard concerning the ceiling, and didn't do anything about it until it was too late. He felt guilty and went home and hung himself (his house is just down the road from the school). The principal haunts the house, and the children haunt the school. Strange lights, sounds, and apparitions can be observed at both the house and the school. The school was reported to be a place for devil worship after the disaster occurred.

Another story is, is that a young girl had hung herself in the girls bathroom. Reasons floating around are that she had failed a class, or had been rejected by a love interest. After her death the school and then the town began to fade away. With the town in a repression, the school was in trouble. Press and families were putting a lot of heat on the school, and it was too much for the principle. He shot himself in his office. After these events, the school was shut down, and the town no longer exists. It is said, that the bathroom and the principle's office, are very cold, haunted places.