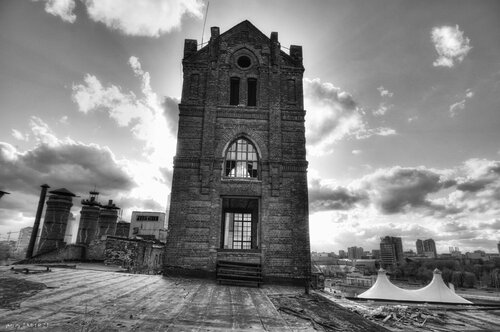 This building used to be a hulk just waiting for an accident to burn it to the ground. It was thoroughly trashed. There is a large set of 'before' images here.

Originally the hospital was a U shape with the points up the hill to the north. Later they built two extensions on to the front of the building and ruined the original look and turned it in to an H shape. In the restoration they demolished the southern wings and restored the original look as well as extending the rear of the building. So here it is just after they completed the work, at least so far as we can tell from the outside.

The story and a photo with the 1950s wings is available here. There's a story about the new apartments here.