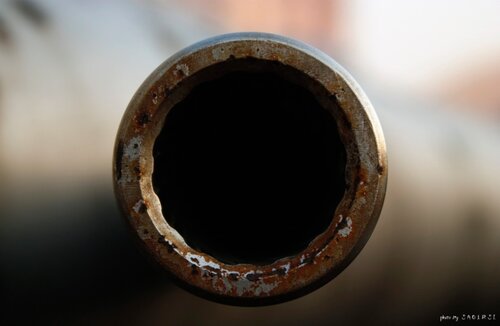 The morning silence of May 18th, 1927 is splintered as a steam shovel engine rumbles to life.
It's slow-moving maw digs deep into the earth, dislodging a portion of the grassy field in which it sits.
These are the first moments toward the creation of New York's latest psychiatric hospital...
and what was to go on to be one of the largest mental health complexes in the world.


Operating this steam shovel was governor Alfred Emanuel Smith, Jr., who offered this quote shortly thereafter:
"We need a new state hospital (like this one) at least every three years to keep up with the growth
in the number of the committed insane... The state hospitals are today overcrowded about 30 percent,
and the census is growing so rapidly that we can't catch up."

Countless more pieces of construction equipment flowed through the property following that day,
and together they slowly shaped the 600 acres of once-rural field into a sprawling mental health complex.
Like many state-run facilities of this era, it housed its own power plant, and farm-raised much of its own food.
Later on it opened industrial shops crafting mattresses and furniture, primarily operated by the patients who resided there.
Insulin-shock therapy (aka insulin coma therapy) was introduced to the facility in 1937.
This somewhat unheard of, but one-time popular process, consists of injecting the patient with large amounts of insulin,
putting them into a coma on a daily basis. The process typically spanned several weeks in total.
Following insulin-shock therapy, electroshock therapy and lobotomies were also instituted at the facility.
It was hailed as one of the nations best-planned mental health centers.

Though the acclaimed facility's prosperous beginnings may have heralded a bright future,
within it's first ten years of operations the hospital had fallen victim to a blight which effected many other
mental health institutions across the nation at that time; severe overcrowding.
To further worsen matters, the drafts of World War II found much of the hospital staff away at war.
This forced the center to seek out new crew members as quickly as possible. Due to this, many of the personnel
were under-trained and unqualified for the tasks handed to them. Further compounding things,
the hospital lacked the means to properly house and care for the all the patients currently living there.
This found beds being placed in hallways and day rooms, creating a breeding ground for the spread of illness and infection.
1959 marked the peak year for admittance to the hospital, pushing the total patient population to over 7,000.
There was just one psychologist for every 300 patients...

Today the property lies in a strange state...
It has survived all the hardships, and remains a massive and functioning facility focusing primarily on
out-patient treatment, and operating almost exclusively out of new modern buildings.
The original campus is left forgotten, and has come to be overgrown with trees and thick brushwood.
In some cases, between the trees and ivy, entire wings of buildings are lost behind the foliage of summer.
As a molting insect discards its shell as it grows, this facility has shed off its former campus in lieu
of impressive towers which gleam with all the promises and majesty of modern medicine.

Perhaps it is wished that nature reclaim the old campus once again, and with it the dark history contained within.
Whatever the reason for the neglect, this place serves as a symbol to America's great transition in mental health care.
Much like the forest slowly hides away these buildings, time's passing can cause us to forget even the most tragic of events.
To disregard what happened here, and across the country during this time, is to deny meaning to those who lived through it.