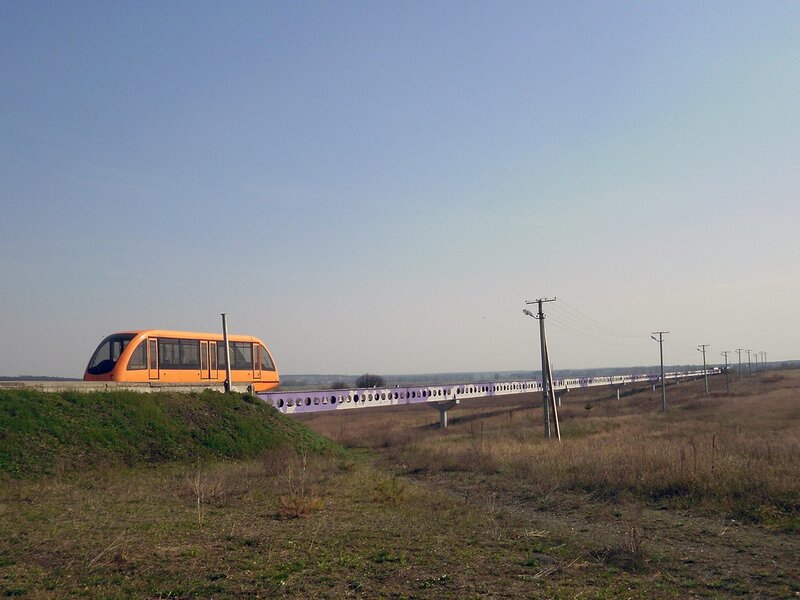 «The deer slipped her mouth into the water, began to drink, then looked up, eyes wide, muzzle dripping. Off in the distance she could hear a low humming sound. A moment later it was joined by an eyelash of light. Alarm flared in the doe's nerves, but there was never a chance for her to escape. Before she could even begin to fire her muscles, the distant spark had swelled to a searing wolf's eye of light that flooded the stream and the clearing with its glare. With the light came the maddening hum of Blaine's slo-trans engines, running at full capacity. There was a blur of pink above the concrete ridge which bore the rail; a rooster-tail of dust, stones, small dismembered animals, and whirling foliage followed along after. The doe was killed instantly by the concussion of Blaine's passage. Too large to be sucked in the mono's wake, she was still yanked forward almost 300 yards. Much of her hide was torn from her body and pulled after Blaine like a discarded garment.»
Stephen King, The Dark Tower IV «Wizard and Glass»
( Collapse )
Collapse