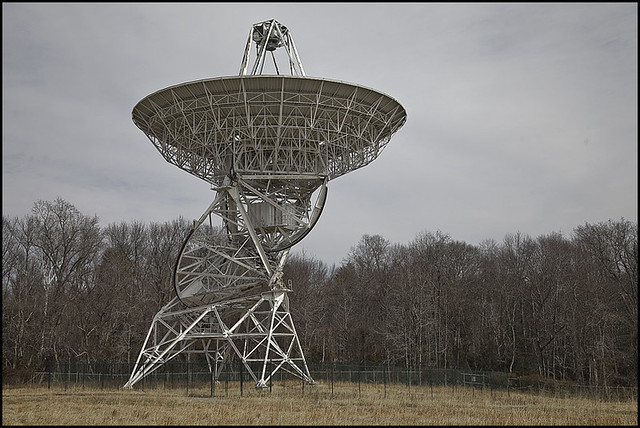 Eastern State Penitentiary is a nearly 200 year old prison which operated out of Philadelphia beginning in 1829.
It had come to be more-or-less unused following its closure in 1971, and until the mid-1980's it sat decaying amid the city that had come to flourish around it.
What makes this place so intriguing to us though, is what happened after the city purchased the jail from the state in 1980...

Instead of the all-too-common chain of events which typically end in the razing of old buildings in lieu of modern ones,
the Eastern State Penitentiary Task Force (formed by a group of archaeologists, historians, and preservationists when the facility was purchased by the city),
mayor Wilson Goode, and the city of Philadelphia saw the importance in preserving this place for future generations to see, walk through, and learn from.
They were able to perceive the beauty of what they had in front of them, and grasp the potential that lie just beneath the plant life and and decade-plus of neglect.
Instead of taking what would have surely been the much easier (and more common) road of commercial redevelopment,
they decide to create a facility which will benefit the public on an educational level, and stand as a leading example of what can become of a place
if enough people care about the history which it holds. Today Eastern State Penitentiary is open to the public on a daily basis. For a nominal fee of admittance
one can wander the grounds at their leisure. To walk these tall echoing corridors, to look out through these slotted windows, and to touch these cold stones which shaped the not only the jail itself, but the penitentiary system as a whole, is the only way to properly appreciate the history found here.

As stated earlier; Eastern State Penitentiary was opened for use 1829. It is considered to be the world's first “true penitentiary”,
in that each inmate was housed in a solitary confinement with minimal human contact. It was the belief that in being housed in such a way,
the inmate would be able to open up to God, and properly pay penance for their crimes.
To further this thought in the prisoner's minds, each cell was equipped with a single slotted window, representing the ever-present eye of God.
Each day the incarcerated were allowed out of their cells for one hour, during that time they were required to wear hood which prevented interactions with other prisoners.

By the year 1913 Eastern State had abolished the solitary confinement concept, as it was believed to have had adverse effects upon the inmates. Instead of assisting in their rehabilitation as intended,
it seemed to have induced an array on mental illnesses. This was in no way helped by the actions of the guards and counseling staff who punished inmates in a variety of methods,
most of which degrading to the prisoner, and clearly sadistic in nature. An example of such disciplinary acts include “The Hole”, which was a lightness pit dug out of the earth under block 14.
A prisoner could spend as long as two weeks in this chamber with a minimal amount of food, no sunlight, and zero human contact. Yet another punishment, which was used during the winter months,
was to take the prisoner outside during below-freezing temperatures and hose them down with cold water. From 1913 until its closure in 1971, Eastern State functioned as a congregate prison,
wherein each prisoner was housed under humane conditions and was incorporated into a labor program.

On June 23rd, 1966 Eastern State Penitentiary was designated as a National Historic Landmark.
Planned usage for the property before rescue and reuse as a publicly accessible “preserved ruin”, included luxury apartments and a shopping mall.

If you know our work, you know we are people driven by history and preservation.
Too see a place such as Eastern State Penitentiary shared with the public is the absolute best outcome we could hope for.
We are always saddened to see beautiful old structures leveled to make way for unnecessary housing, faceless shopping complexes, or any other “commercially viable” usage of the land.
It seems that people forget that it's not just a building which they are knocking over, but all the history associated with it as well. It is these old places which formed
the towns and cities in which they reside, to remove them simply because its the most convenient thing to do in the short-term is a mistake we will surely regret, be it now or years down the road.
Eastern State Penitentiary brings attention to the fact that; not only is is a beautiful thing to save something of such significance,
but as a reminder that the public as a whole does in fact hold a great interest in history.