I know I just posted, and I do not mean to spam this community, but this is an important entry and time matters in this case...

Unfortunately, it's not often we come across a property that has a real chance of being saved...
More often than not my photography, and Christina's video, serve as a final farewell to a place who's job is finished and time has passed.
With this silk mill however, our motivation is not to pay homage to a place which will soon be nothing but a memory,
our aim here is to spread the word about a place that needs the help of as many people as possible, as soon as possible.
At the end of this write-up you will find contact information, please help out if you can.
I know that the “urban explorers” community is loose-weaved at best, but perhaps we can rally together for causes such as this.
This message also goes out to historians, preservationists, and anyone who understands the value found in these old places.
We have a real chance with this one, hopefully it doesn't slip through our fingers...

The concept for the Lonaconing silk mill was birthed in the early 1900's when a local banker by the name of Mr. Duncan Sloan overheard that the Klotz Throwing Company
was looking for a suitable site for their new plant. Mr. Sloan approached the Klotz Company, and offered his hometown of Lonaconing as a prime location for them to set up shop.
He cited the area's low cost of fuel and surplus labor force as key items for consideration. The coal industry that drove the region had a very high layoff rate,
and the mill would supplement wages and provide a more steady employment opportunity. Lonaconing was also easily accessible via railway,
an important thing to consider when setting up industry in the early 1900's.

Within several short weeks, a town meeting was held at the Evans Opera House in Lonaconing.
The Klotz Throwing Company proposed erecting their new silk mill within the town, and the townspeople agreed to the plans.
Ground broke for the new mill, August 13, 1905, and by the 1920's the mill employed over 300 people.
By the 1940's and 50's though, old machines in a relatively small mill proved no match for much larger and modern facilities, and in 1957 the mill was forced to close.
Burt Rowan, who worked at the silk mill during the 1940's had this to say about the factory's role in the small town of Lonaconing:
“It kept the bread and butter on a lot of people’s tables because of the coal mine strikes and other problems... it really helped the economy.”

The mill sat unused, but secure until the 1970's, when it was privately purchased by a local resident, who envisioned saving the old place for future generations.
Today he is on his mid-seventies and still holds out hope for the slowing decaying mill.
I read several first-hand accounts of the mill, comparing it to a time capsule... but as I stood watching water flowing in though blackened ceiling boards, it reminded me more of a tomb.
The mill is dying, and without a new roof, there will be no hope of preserving it much longer. The elderly owner still comes to the mill on an almost daily basis,
emptying buckets of rain water out the third floor window. More often than not he does this alone.
Being the last intact silk mill in the United States, it was placed on the Endangered Maryland list in 2007, but sadly no real assistance has followed.
Some plastic tarping has been added as a temporary and partial solution, but without a new roof by this winter, all may finally be lost to history.

Here is where you can play a substantial part in all this:
Below I have provided contact information for Preservation Maryland, the people on who's behalf we documented this mill.
They sincerely wish to save this place, preserve it, and open it to the public. To do so they need to show that there is a genuine interest in the mill.
They also need to generate enough funding to re-roof the facility with metal roofing. Once the roof is secure, then work can get underway inside.
Additionally, they are considering allowing groups of photographers in on weekends for a small fee, all of which will go toward the much-needed roof.
I've also included a link to a page containing the contact info of most officials for Lonaconing township.
So please, if you can help in any way, contact the people below.

Email address for Kathleen Erkert of Preservation Maryland:
Tell her you read our piece, and ask how you can help.
kerkert@verizon.net

Contact information of officials for the township of Lonaconing:
Tell them you have an interest in the silk mill, and ask what can be done so save it.
Lonaconing Officials 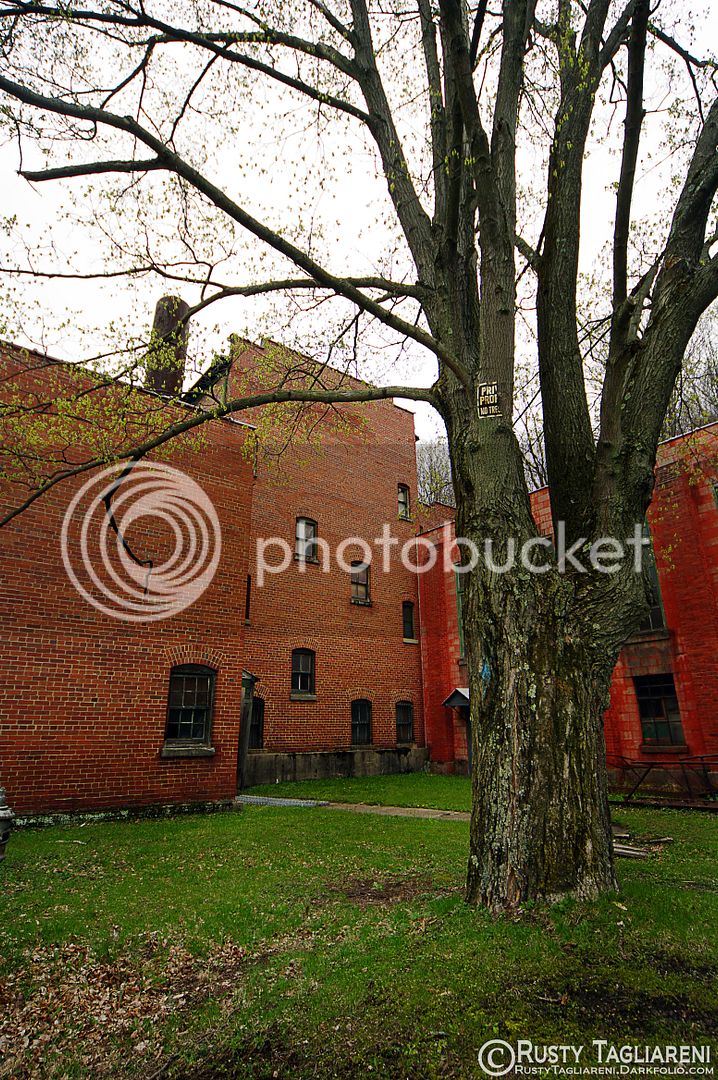