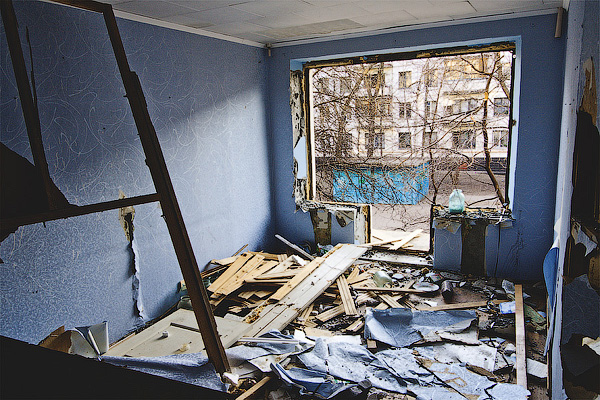 Out in Calhoun County Illinois there are various houses made of stone. I had posted another one of these houses that was more intact.

This house though seems to have some sort of sinister history about it though...

As the story would go, the walls drip with blood.

Otherwise known as “the old stone house,” the remnants of this manor were, at one time, part of a mansion built in 1848 by a stockman named Azariah Sweetin. Though nothing but a shell today, a grand ballroom once occupied the third floor, a ballroom that was the scene of murder. During a farewell gala for newly enlisted Union soldiers, two farmhands, Henson and Isham, got into an argument that ended with one thrusting a knife into the back of the other. The wounded man fell down by the fireplace and bled to death. According to legend, his blood seeped into the stone floor and formed an outline of his body. The stain could never be removed.

As the war raged, Azariah Sweetin didn’t want to take any chances, so he stuffed all his gold coins into jars and buried them around his property. Unfortunately, an equestrian accident in 1871 rendered him without any memory of where he had buried his money. After his death, his ranch was purchased by Cyrus Hartwell, who also lived there until he died. Treasure seekers soon tore the mansion apart, but no one has ever found Azariah’s gold. Storytellers say Azariah’s ghost—alongside snakes—now guards his lost loot.

So my husband & I were driving to TX to spend the weekend following around a band we love. On the way, I was bored. We were in the middle of nowhere, and I spotted this building. There was a ton of abandoned stuff all over "middle of nowhere, TX" (that means lots of places that we drove through, not just this place- mostly on the way home) and this spot was a little sparse, but still interesting.

I've tried to look up what the building once was, but didnt find out. Maybe you guys will know. I'm going to assume some sort of truck stop or gas station or service station from what I saw inside and outside of the building. Let me know if you know what it is. Thanks for viewing!
Collapse