i haven't posted here in ages. 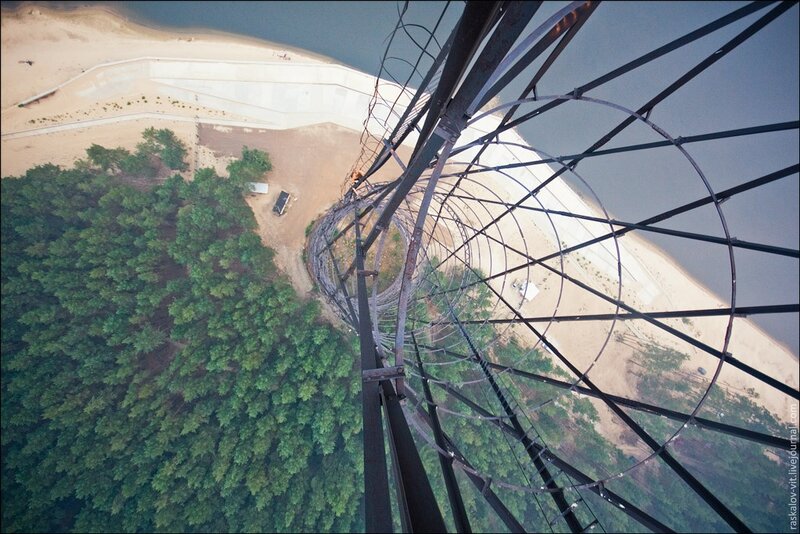 This ivy-wrapped sanatorium began its life over 100 years ago as tuberculosis treatment facility. It operated as such into the 1950's, at which point the
discovery of streptomycin made the treatment of the disease much easier, and subsequently negated the need for full-fledged TB facilities. Like many
other TB centers throughout the country, this sanatorium then saw itself re-purposed as a psychiatric hospital in the years following. Though the building
which we filmed has long since been left to rot, the campus itself remains quite active. This however, may only be a temporary state, as this hospital
center has found itself in the cross-hairs of rather controversial plan to save the state of New Jersey roughly $7.5 million.
This agenda calls for the closing of the facility in its entirety, and for the displacement of its patient populous to several of the hospitals in the surrounding area.
The plan has been met with considerable criticism due to two primary factors. One; a large percentage of the patient population at this hospital center is elderly.
To move them away from a place which that have grown accustomed to, and with staff whom they have bonded with, seems a poor decision to many.
Two; this hospital and campus is well-maintained and in considerably better condition than other facilities named on the list of hospitals for possible
closure (one of which was very recently noted by the federal government for having “unsafe conditions and insufficient treatment”).
It is not surprising that people are questioning why the state did not choose to close a center which is in a less desirable shape.
That being said, politics is not what brings us to this location today. Though, if this complex is to eventually fall by the wayside, perhaps then the filming
of this dilapidated ward may be as if peering into a dark and overgrown future that may come to pass.

Our journey begins in a craggy and washed out ditch that twists and turns downhill and into the forest. A forest that is home to far more thorn bushes than
trees. Many of these bushes have barbs like needles, so long and thin that they pierce your flesh without you so much as knowing you were touched.
That is, until you feel the familiar sensation of a warm and moist trickle running down your leg. Then shortly after that, the burning of sweat as it enters
the tiny gashes, telling you that there are far more wounds upon your limbs than you had initially thought.

Several minutes into our crimson-hued hike we came across the freshly disembodied leg of a deer, curiously left in the center of the trail.
Stranger still, and all the more sad, was that this was obviously the last remains of a newly born deer, for the leg measured no more than a foot or so in length.
We trekked on, leaving the limb and accompanying flies behind us through the briars. Some more minutes into our hike we came to the bottom of
a relatively steep incline, which we then navigated up whilst ducking under, and climbing over, the numerous downed trees that obscured our path.
Once we reached the top, we came upon a bizarre yet familiar sight; another disembodied leg of a baby deer. We assumed it must be from the same
deer who's leg we passed earlier, but it was admittedly a bit strange to see this leg so far displaced from the first one. Whatever killed this deer seemed
to have torn it utterly apart as it came through the woods. Again we moved on.

Not long after that we arrive at the building. A place so entangled in vines and overrun with plant-life that one, if not paying attention, may walk right past
thinking it a massive bush or over-grown patch of forest. Gazing upon it as a whole, it's really quite amazing how overwhelming nature can be when
presented with something artificial, which in this case happens to be a four-story hospital ward. These countless plants have, through time, attached
themselves very securely to the exterior of the walls. Seeing all the exposed roots clinging upon the smooth man-made surface of the old hospital conjured
thoughts of tightly wrapped tentacles steaming from some giant fictional creature. All of which constricting upon the hull of a deep-sea vessel, as it is dragged downward into the murky deep.
At our feet lies the tiny head of a baby deer, its blackened eye sockets stare back at us, unblinking.

Within the foliage-hidden walls of this ward, things are no less green. Moss and sprouting plants have come to live here, nested in the fertile soil which
is now the flooring throughout a majority the building. A large amount and variety of insect life is found here as well, crawling across desk tops, and flying
into window panes. Though we thought we had left the forest behind us when we entered here, these rooms and hallways boldly announce otherwise.
More and more it becomes apparent that things, no matter how grand they may seem, are never more than temporary.