Textile mill, once a large light industry. All stolen, abandoned and surrendered as a result of the lease. Just like always. By themselves, the body empty and little interest, but the architecture just attracts me, forcing go and visit these places. 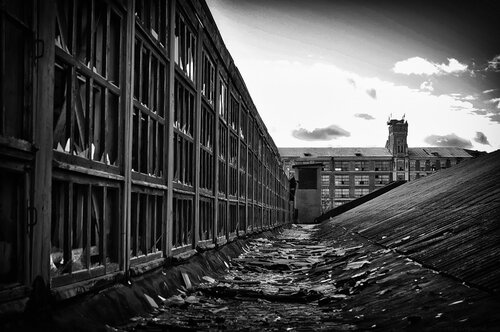 I had done an entry on this place about a year ago, however I always felt it to be a bit lacking.
This is now our second attempt at the place, new images, new video, and new writing.
I personally feel that it's much stronger this time around.

Paul Woehle Sr., then a 40 year old German Immigrant to the US, began building Fairytale Forest with his own hands in 1955.
With help from his two sons, he was able to complete the project in two years, and it opened to the public in 1957. He used the forest,
more than capable of being mysterious and fantastical on its own, as a canvas. A winding path led guests through the woods, and along the way
they were able to glimpse key moments from the Brothers Grimm fairy tales.

More than 20 cottages sat nestled in the trees, their interiors depicting frozen scenes from the most famous children's stories.
Though visitors could not actually enter the buildings, they could peek through the windows to see what was unfolding within. A small plaque on each cottage
gave a brief summary of what could be expected within, be it the Gingerbread Man escaping his oven, or the three bears debating what to do with a sleeping Goldilocks.
In winter, the forest was decorated to bursting with lights, transforming it into a winter wonderland the likes of which can nowadays rarely be found outside of story books.
Those visiting the forest in winter could expect to be greeted by Frosty the Snowman and a cup of hot chocolate. Santa Claus awaited eager youngsters in his Christmas House,
and gently interrogated each for his or her Christmas wishes.

Today, the Fairytale Forest appears to be the location of genocide on fairytale creatures. The doors of paint-peeled cottages are kicked in,
their former residents torn apart or missing entirely. Viewing windows are smashed, and everywhere broken Christmas lights litter the forest floor.
While I abhor those who vandalize any building, this hits on a much more personal level. Though my last visit here was probably at the age of five or six,
memories came rushing back as I wandered the silent forest.

I caught myself remembering the Christmas Village with the elves packing toys for children as holiday music hummed from speakers hidden high in the trees.
I remembered having to stand on tip-toe to see through the window on Snow White's house. I remembered wondering if the gingerbread house was really made of gingerbread.
The memories superimposed themselves over the carnage I was actually witnessing, and it was all I could do finish my work as quickly as possible
and just leave the place behind. As we returned to the Jeep, the skies grew dark with rain. 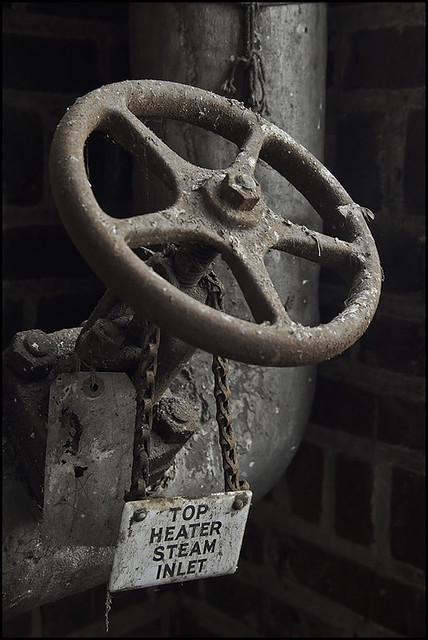