Rotting metal bars frame a window overlooking the decayed grounds of a long abandoned mental hospital. This campus is now little more than a gathering of sad and rotten buildings, but if one were to have peered out this same window some seventy years earlier they would have seen a massive city operating unto itself. The patients who once lived here have all since moved on, the buildings are now sealed shut, and the old roadways crack and crumble through the workings of nature and time. Nothing remains here save for darkness and silence - Two things which have come to call every corner and corridor of this place home. This unsettling property overlooking the Thames River is all that remains of Norwich State Hospital for the Insane.

Every so often one may find themselves in a place where it seems that even the environment itself has been outwardly effected by the history which it bore long ago. It is likely the workings of an over-stimulated mind, but even the trees here did not seem right. As if they whispered amongst themselves at the edge of hearing, in the shadows just beyond the forest line. There is an intense history to be found here. That fact, coupled with the somber visuals which is the hospital's state today, thickly veils the campus with a mournful air. I feel that in a way this feeling of self-condemnation is a payment of respect to the dead who suffered and died here before my time. I kept this sensation in mind while on the grounds, for to forget it would not only be to forget our reason for being there in the first place, but would also negate the very thing that gives our work any true value.

The history of Norwich State Hospital is not that unlike many other mental health facilities from its era. It opened its doors in the autumn of 1904, with a total patient count of under 100. Again, not unlike numerous institutions of its day; the patient population at the hospital grew exponentially in the earlier years of operation. By 1930 Norwich had sprawled itself out from a single hospital, to a campus of over 20 buildings. As the years went on, the populous of the campus eventually began to decrease. During this time the facility began constructing new buildings on a plot of property next to where the old hospital center stood. Every time a new building was erected and opened, a building from the old campus would be closed down. By the 1970's only a handful of original buildings were in active use. When Norwich finally shuttered in 1996 only two of the original campus buildings were still in use, the remainders of the old campus already falling into disrepair.

The beautiful buildings of the “old campus” are what drew us to this property in the first place, and it on them exclusively which we focused our work. Though the new campus surely has its own stories to tell, the buildings there have not a shadow of the character found on the grounds of the old hospital center. One need only look at their weathered and decaying facades to understand that this is a place deep and unsettling history. Sorrow flakes from the husks of these buildings like the paint from its walls, and is carried adrift to all corners of the destitute property on the passing winds.

This summer I found myself somewhere in Saint-Petersburg's country, in the very heart of huge abandoned factory. 5 persons, whole day and vast abandoned area needed in our exploration. So, let's go? 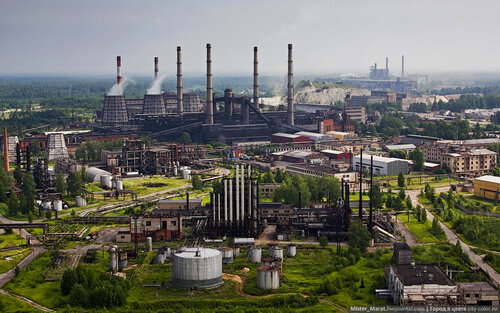