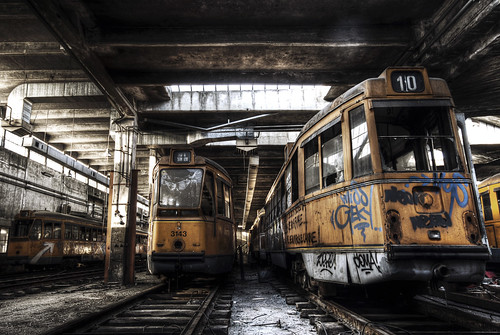 I’ve been away for too long… I hadn’t planned to take the long break from posting photos here. If the backlog of sites that my companions and I have explored over the last 18 months is any indication, the hunts and photo explorations have been good. My problem has been having the motivation and the time without distraction to edit and post images of late. That has changed since setting up my own office/studio.

Over those last 18+ months, I’ve explored three abandoned schools, a haunted children’s home, two factories, several gas stations and more houses than I care to think of. After recovering an external harddrive, I’m also editing and planning to post a number of images from 2007 and 2008 that have never seen the light of day.

Let’s start off with a survivor from the rural American South. The area I live is at the base of the Appalachian Mountains and is known for some fiercely independent and until recently relatively poor people. These were people who made due with small shacks and limited resources. While searching the area last year, I spotted this very old and battered shack on nearby Green Mountain. From the materials and construction, it dates to the 1880’s or earlier.

Not everyone's cup of tea, but here's an abandoned Chesapeake-area bank barn: