The Iola Tuberculosis Sanitarium served the public in Rochester for over 50 years, beginning some time in the early 20th century. Since its closure in the 1960s parts of the campus have been re-purposed as a factory, a traffic control center and a veteran's outreach center, though the latter two have slipped back into abandonment.

Today, Iola seems to be a popular spot for local teens to get trashed and party and for scrappers to steal piping, radiators and whatever else they can get their hands on.

Quite some time ago I posted another small photoset of Iola to this community, here. The photos in this post are from a range of time between then (late 2010) and now. The earlier ones were taken with a point and shoot (Canon SX20IS), but late last year I decided to step up and get myself an EOS 60D and I'm still getting the hang of it (but also loving it!). Advice, criticism, etc are all welcome. I'm a noob, I admit it. 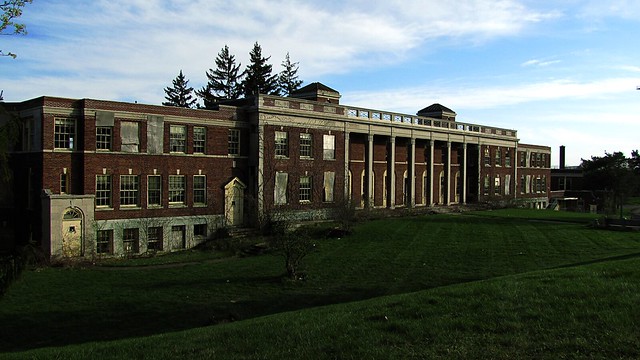