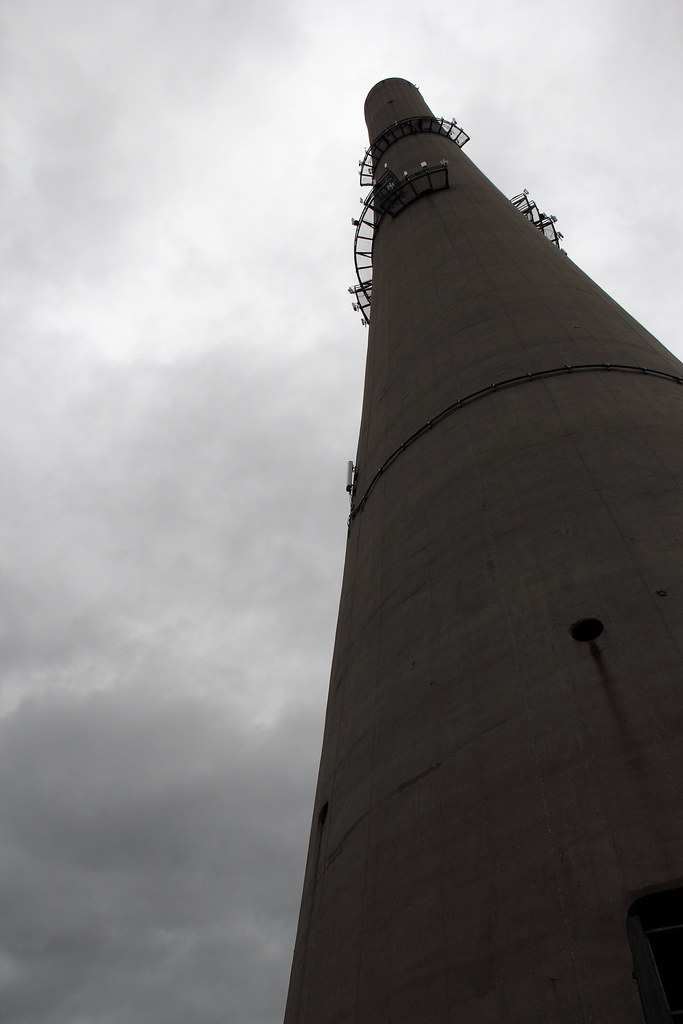 Considered to be an eyesore to local residents, this monolithic, incomplete structure towers nearly 600 feet over Cuyahoga Falls, Ohio, reminding its people of the hubris of local televangelist Rex Humbard.  In the late 1960s construction on the tower began with the intention of installing a rotating restaurant at its peak and to utilize its height as a transmission tower for his planned local television station.

The reason for halting its construction seems to be unclear.  The popular rumors vary from SEC investigations, a lack of public support for the project, Rex's departure from the states to do missionary work, to issues with the Fire Marshall regarding the safety of the building.  Regardless of the reason, this mostly-finished tower still looms over the suburb, left to serve out its remaining days as a humble cell phone tower with a colorful nickname; Rex's Erection.