Stumbled upon this piece by surprise so unfortunaltely only cellphone pics BUT I shall return and bring my camera :)

This place is about 5 mins away from where I live and I remember passing the porperty on my way to school when I was a just a kid...the thing is, they used to have a biiig yard and you could only see their tennis court (yes, their tennis court, even if it was a small one, don't know about tennis court dimensions...)

About ten or twelve years ago, somebody started buildung a house where the tennis court once was and I totally forgot about the house behind it. Well, the years have taken their toll and if it hadn't been for a late afternoon walk I would not have made these pics.

The house itself was bulit around the 1950s. My Father told me that at that time, people were still re-budiling their houses after the war (my village hadn't been hit that hard) and new people moved to the village and so a new neighbourhood had formed. There was a similar house like this I had to pass on my way to school but they tore it down before I could get some pics. I just love the way the house is built. I love the 50's and 60's and this house clearly shows the style from back then. I wish I had the money to buy it and renovate it but keep the original charm *-* Anyways, on to the pics, again, sorry for the low qaulity, better ones will follow soon! 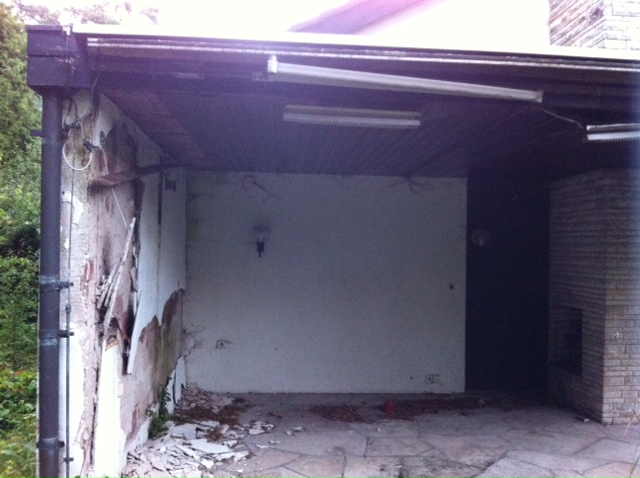