Like my last entry here, some may recognize this location from a while back, or perhaps even my book.
Christina and I revisited this location because now, through our newly discovered stop-motion technique, we were finally able to capture video
of areas previously too dark for us to record on video (like the hotel lobby).
That being said, I hope everyone enjoys the imagery as well as the video, which is linked at the bottom of this entry.

This 150-room resort and spa opened it's doors to the public in the late 1920's. It's primary focus was as a sulfur-bath spa,
which was a very popular therapeutic treatment at the time. As it is with most health-related trends though, they come and they go.
Eventually the public's interest in bath-houses declined, and as such, this resort was forced to shutter its doors in 2004.

All this information is trivial though; What draws us here is not the resort's uneventful life, but its unique postmortem state.
Like a gigantic, dilapidated time-capsule, this place begs to be investigated. Nearly every item located within is of interest in some bizarre
way, be it the tacky vintage furniture, or the dizzying effect of the metallic art-deco wallpaper. The combined effect leads one to wonder
if the interior designer was mad, blind... or both. In any case, that person's creation is now a museum of sorts - perhaps the world's
largest collection of hideous patterns under one roof.

Alone, any of the nauseating wallpapers, abominable carpets or ridiculous armchairs could be derided as simple trash, but when compiled
into a single space they become something else altogether. What conceptually should be simply ugly rooms somehow coalesce into
something better described as chambers in some multi-hued nightmare. Now, one may gather from the writing thus far, that this place is
somewhat charming, or perhaps even humorous in a strange way. It is not. The retro patterns and colors, mixed with the heavy shadows
that are always present, make for a downright eerie environment. Beyond that, the years have not been easy on the old place, to the point
that every passing wind stirs up a choir of creaks and groans. The building is never silent, and no amount of time there ever allows one
to become accustomed to it.

It has often been said that beauty can be found in unexpected places.
This is proof that the inverse is also true. 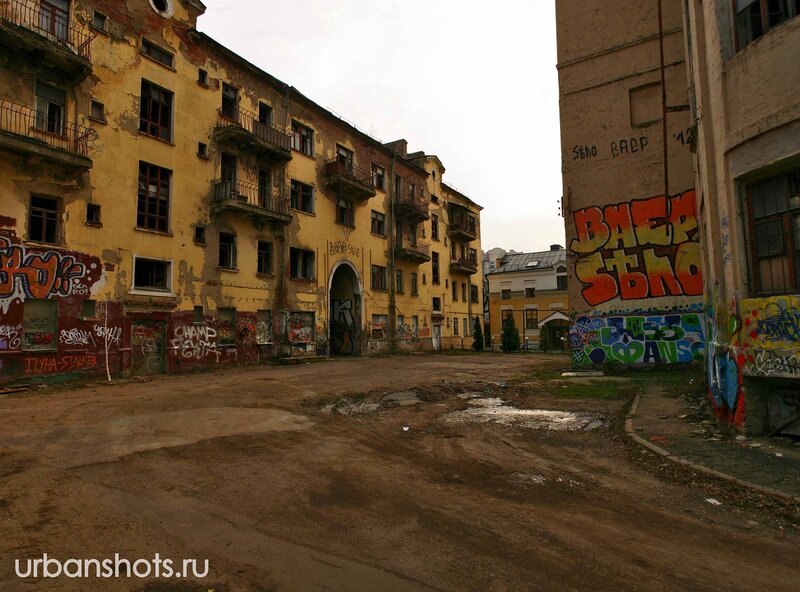