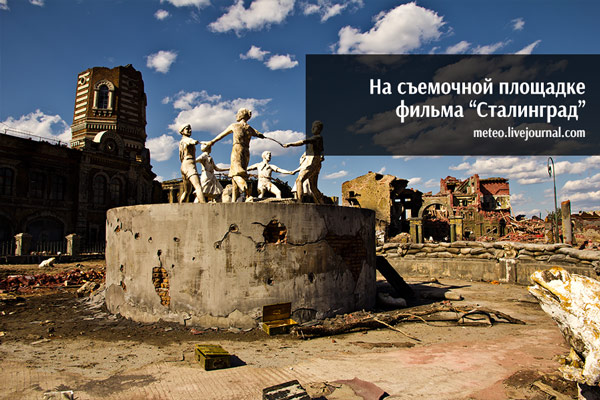 In the summer of 2012 in the village of Sapernyi is where a movie based on the novel "Stalingrad" was filmed with a budget of $30 million. The shooting ended and the area was empty and opened to visitors for 500 rubles each, without climbing through the fighting positions, and passing directly through the gates. The set is built on the ruins of the Leningrad distillery. Soviet troops fighting for the defense of the city of Stalingrad began July 17, 1942. On February 2, 1943 the German units were stopped at Stalingrad.