In today's report will focus on the same research institute in the Soviet era, is the leading in the industry. A lot of high-tech development, design a machine of professional scientists. Alas, it's all in the past, and since the beginning of the 2000s, the institute's activities began to decline. This is particularly noticeable was the year 2010. First, most of the rooms were rented, then did the territory became actively communicate and be built. The report will describe the main building of the institute are some plus lab and a bomb shelter. 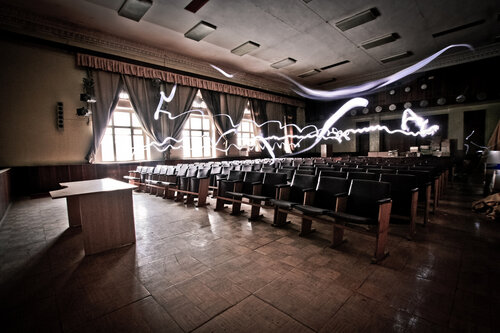