(This is my first time posting here, so please be gentle with me!)

I visited this place in July 2010.
Wikipedia says: "The Olympic village was located at Estal in Wustermark, (at 52°32′10.78″N 13°0′33.20″E), on the western edge of Berlin. The site, which was 30 kilometres (19 mi) from the centre of the city, consisted of one to two floor dormitories, dining areas, a swimming pool, and training facilities. During the Second World War, it was used as a hospital for injured Wehrmacht soldiers. In 1945 it was taken over by the Soviet Union and became a torture and interrogation centre for SMERSH. Recent efforts have been made to restore parts of the former village, but to no avail.Efforts are being made to restore the site into a living museum. The dormitory building used by Jesse Owens has been fully restored, and tours are given daily to small groups and students. The site remains relatively unknown even in Germany, but some tournaments are held at the site in an effort to boost knowledge of the venues." 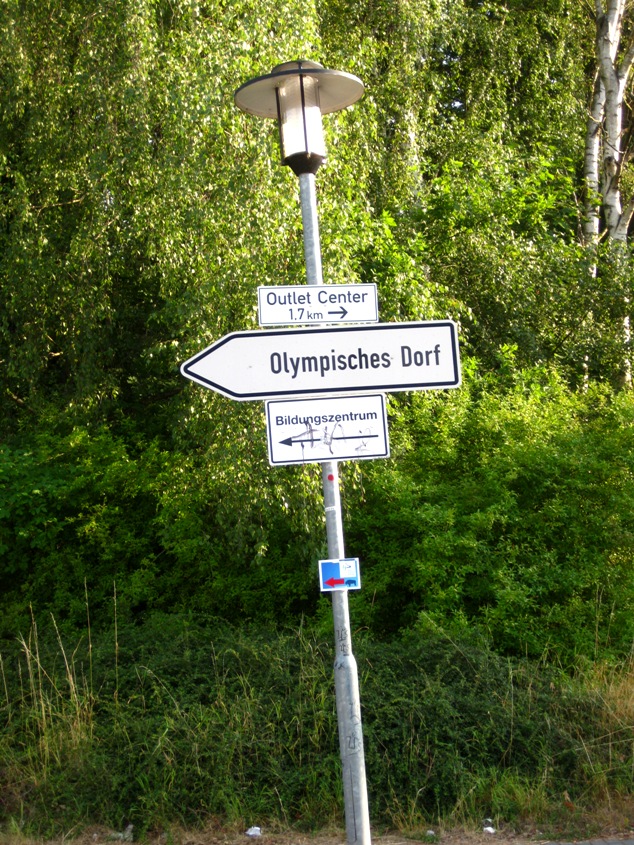